Bremen welcomed Wolfsburg, in desperate need of points to keep their survival hopes afloat. The Wolves, however, would not like to help, as they needed the points to boost their European hopes. 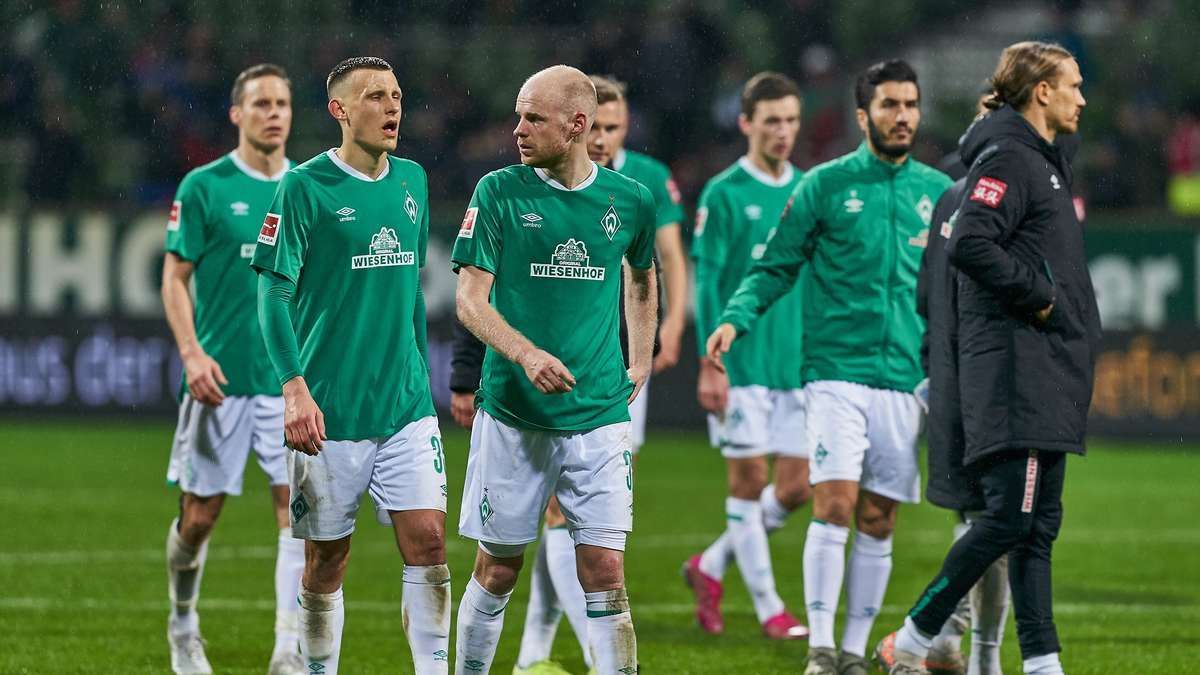 The first half was a cagey affair, as both sides had decent chances, but neither could fashion a breakthrough.

The away side were marginally better in the second period, and they came closest to scoring in the 80th minute when Schalge smashed the crossbar after two shots were blocked.

But a minute later, Mbabu surged through the right wing, found Klaus with a pass, and the substitute set Weghorst up for a simple header.

And so it ended, rather despairingly for Werder: 0-1 for Wolfsburg.

Wolfsburg looked to press high, and rely on their defenders to prevent Bremen from breaking away.

Augustinsson vs Mbabu – The two full-backs were battling all over the wing, and most of the time, the defending party managed to win. Towards the end of the second half though, Mbabu emerged the victor.

Sargent vs Brooks – The two Americans engaged in a tough physical battle, and it was Brooks who came out on top most of the time. The second half saw Sargent roam more, but he was prevented from doing anything in front of goal.

Jiří Pavlenka – Made a decent amount of important saves, but failed to prevent the goal. 6.75.

Theodor Gebre Selassie – Didn’t have too much work defensively, and he also popped up in attack on the overlap, delivering a couple of threatening crosses. 6.75.

Miloš Veljković – He was decent in defence, and he did well to prevent Weghorst from scoring in the first half. 6.75.

Niklas Moisander – Not bad in defence, but he failed to create much of an impact. 6.

Ludwig Augustinsson – Saw a lot of the ball down the left flank. He worked extremely hard too, and did his best to contain Mbabu’s attacking threat. 6.75.

Kevin Vogt – He was decent in defence and holding midfield, as he made important interventions. 7.

Philipp Bargfrede – He was decent in midfield, but he failed to make too much happen. 5.75.

Davy Klaassen – Failed to create a major impact in the match. 5.

Maximilian Eggestein – An ever-present threat in attacking midfield, but he failed to make things happen in the final third. 6.

Josh Sargent – Was contained by Brooks in the first half, but he managed to find spaces in the second half. Worked hard, but failed to turn up in front of goal. 6.25.

Yuya Osako – He was lively down the left, and had a couple of chances too, but he failed to score. 6.5.

Leonardo Bittencourt – Tried his best to make things happen, but failed to make much. 6.

Fin Bartels – Dropped deep to help his side in midfield after he came on. Couldn’t have a great impact though. 5.5.

Koen Casteels – Strong performance yet again, as he kept Werder out. 7.

Kevin Mbabu – Was solid defensively down the right flank. Did well to cause the goal. 7.25.

Marin Pongračić – Very good in defence, as he kept the Bremen forwards quiet. 7.

John Brooks – Did well to keep Sargent quiet. He was strong aerially too. 7.

Jérôme Roussillon – Popped up here and there down the left flank, but couldn’t do too much. His dribbling was good, though. 6.5.

Xaver Schlager – Decent in midfield, and had a couple of chances from range – one of which hit the post, but failed to trouble Pavlenka. 6.5.

Maximilian Arnold – Yet another strong display from the midfielder, as he strung his side’s attacks and led the defence too. 6.75.

João Victor – He was Wolfsburg’s main outlet for their cross-field balls, and he delivered decent crosses from the left flank. 6.25.

Josip Brekalo – Threatened, both centrally and from the flanks in attack, but he couldn’t create a massive chance. 6.5.

Admir Mehmedi – Popped up in the Bremen box a couple of times, but he failed to threaten the goal. 5.5.

Wout Weghorst – Had a big chance or two, but failed to take them. But eventually, he scored to put his side ahead. 6.75.

Felix Klaus – Troublesome after he came on, but he failed to create anything. Got a good assist for the goal too. 6.5.

Daniel Ginczek – Was lively after he came on, as he supported Weghorst well. 6.25.

Team – Wolfsburg were good for most of the match, and were arguably better in the second period. They did deserve the win, as they created a few chances, and prevented Bremen from troubling them too much. 6.75.

Bibiana Steinhaus didn’t do too much wrong. She had a decent match. 7.

Bremen stay 3 points behind the relegation play-off spot, and 6 behind safety. They need their opponents to slip up if they will be staying afloat. To add to that, all of their performances hereafter will have to be absolutely impeccable. It’s a tough road ahead.

Wolfsburg will be happy though, as they go 2 points clear in 6th place. Their European dream is well and truly on.