Manchester United have been linked with Kingsley Coman recently, but let’s see if the transfer makes any sense for the parties involved: 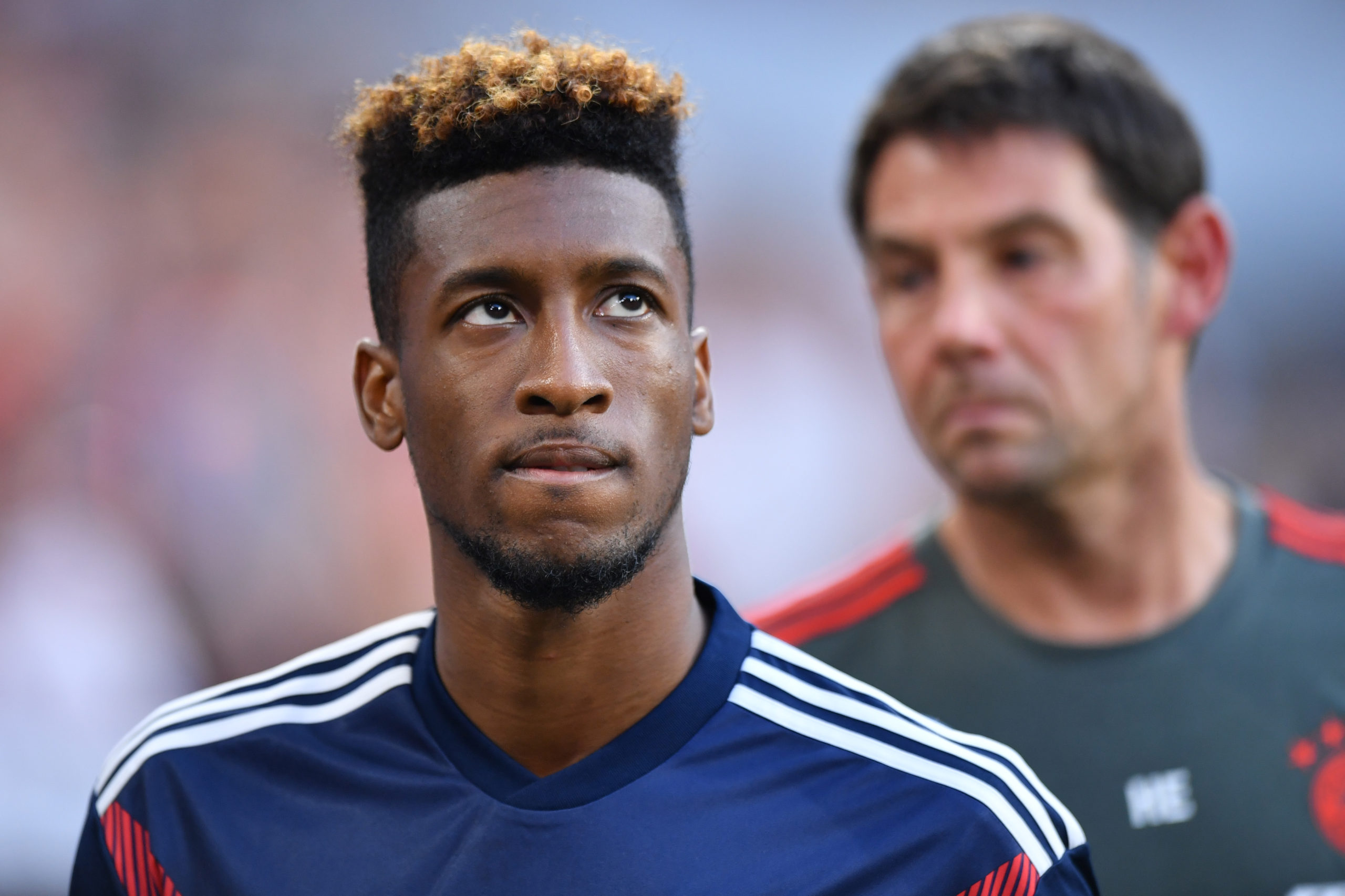 Manchester United are eyeing Kingsley Coman, perhaps as a contingency plan in case they fail to bring Jadon Sancho to the club. Bayern made it very clear to Manchester City that the Frenchman was not for sale, and will probably stay true to that decision if United come knocking. The Red Devils may try to negotiate a loan deal, but here’s a look at why the move itself doesn’t make sense:

Wealth of Attacking Options For United

It is no secret that Manchester United’s attack has been on fire recently. Their favoured front three of Mason Greenwood, Anthony Martial and Marcus Rashford have scored a total of 61 goals in all competitions this season, making them the most prolific strike-force in all of Europe. To add to that, they have Daniel James, Juan Mata, and even Jesse Lingard (who will probably be sold despite scoring more goals in the Premier League in 2020 than in the whole of 2019).

From United’s perspective, Coman is certainly a major upgrade when you look at their second options, but will he get into the first team? At Bayern, he will have to compete against Serge Gnabry and Leroy Sané, and with Die Rotten set to play in three major competitions next season, each of them will get a fair share of game time.

At United, however, he has 5 direct and indirect competitors. Although he is better than most of them in terms of quality, he will probably get comparatively less game time at United and have to fight harder for it. Granted that United have 4 competitions to worry about next season, but when they travel to Leyton Orient in the FA Cup, Ole Gunnar Solskjær may prefer to field the young Daniel James rather than risk an injury-prone loanee in something that is not too dissimilar to a training match.

The problem for Coman will be that he is too good to be risked against the league two sides, but may not be able to displace the likes of Greenwood and Rashford for the bigger games. This way, he’ll be stuck between the two sets of players, and have to settle for appearances off the bench.

Lack of Wingers at Bayern

As aforementioned, Bayern Munich only have two out-and-out wingers apart from Coman. If they let Coman go and see either of Sané and Gnabry pick up an injury, they will have to call upon Alphonso Davies (their favoured left back) or Thomas Müller (their preferred number 10) to play on the wings.

The shorter season means that squad rotation will be even more important, and you need at least three wingers to be able to rotate. Bayern’s youth academy doesn’t seem to be producing any wingers at the moment. This season, only Perišić, Gnabry and Coman racked up more than three appearances at the sharp end of the flanks, and their youngsters, who are mainly midfielders, only managed a grand total of two in the wide areas.

This, coupled with a congested fixture schedule, will undoubtedly see their performances suffer if they lose Coman. The fact that they decided against making Ivan Perišić’s loan deal permanent clearly shows their commitment to keeping Kingsley Coman at the club. The German champions backed this up when they quickly shut down Manchester City’s inquiry, and should treat the other Manchester club in a similar way.

It’s clear to see that Bayern need Coman, and that means that he will easily get to play a healthy amount of matches for Hansi Flick’s side. Bayern’s new signing, Leroy Sané hinted at this too as he told BILD, “Serge, Kingsley, and I: that sounds very good to my ears!” It sounds very good indeed, but if you take one of them away, Hansi Flick will begin to hear alarm bells in his ears.

Difference in Environment and Playing Styles

Another major question is whether Coman will be able to adapt to United’s playing style. But before he can do that, he will first have to adapt to the Premier League, a competition which is much more physically demanding than the Bundesliga.

With United, the 24 year-old will not face significantly weaker opposition in the league, whereas Bayern’s clashes against Wolfsburg, Augsburg and Stuttgart, along with many others, have historically been routine wins. Tougher opposition obviously demands more input from every player, and that is physically stressful. Coman’s injury-history adds insult to this, well, injury. In his nearly five-year long Bayern stint, he has missed 49 games due to his many injuries. This season alone, he has been sidelined for 8 clashes.

Even if he manages to keep his hamstrings intact, he’ll need to find a way to get into the starting lineup. While his versatility is an asset, United must note that he mostly works on the right flank because of his poor record in front of goal. He is also right-footed and very quick, so the right side seems to be the obvious choice.

His record of 7 goals and 4 assists in 35 appearances is nothing to laugh at, but it may not be up to the calibre that United demand. They need goals from their attackers, and this season’s preferred front-three has delivered 57% of them. The difference between the Manchester United of 2019 and 2020 is that this year, they are taking their chances. Coman’s finishing leaves a lot to be desired, as is underlined by his shot conversion rate of 11%, which is not great, and certainly not what United need.

While many United fans point to Coman’s record of winning the league in each of his professional seasons, they need to remember that he has only played for dominant forces like PSG, Juventus and Bayern. It may be an ominous statistic, but football demands performances and results, not omens.

A transfer to United may make a little bit of sense for the Red Devils, but it won’t help Coman’s development considering the mismatch of styles, and will be a big loss for Bayern due to their lack of attacking options. Whether it will go through or not, one cannot tell. For that, we have to just wait and watch.

Bayern Munich won’t consider the sale of Kingsley Coman this summer
Should Thiago Move to Liverpool?