Where Next for Milot Rashica?

It seems that everyone in Europe is after Werder Bremen’s star man, Milot Rashica. So, let’s take a look at some of his potential destinations. 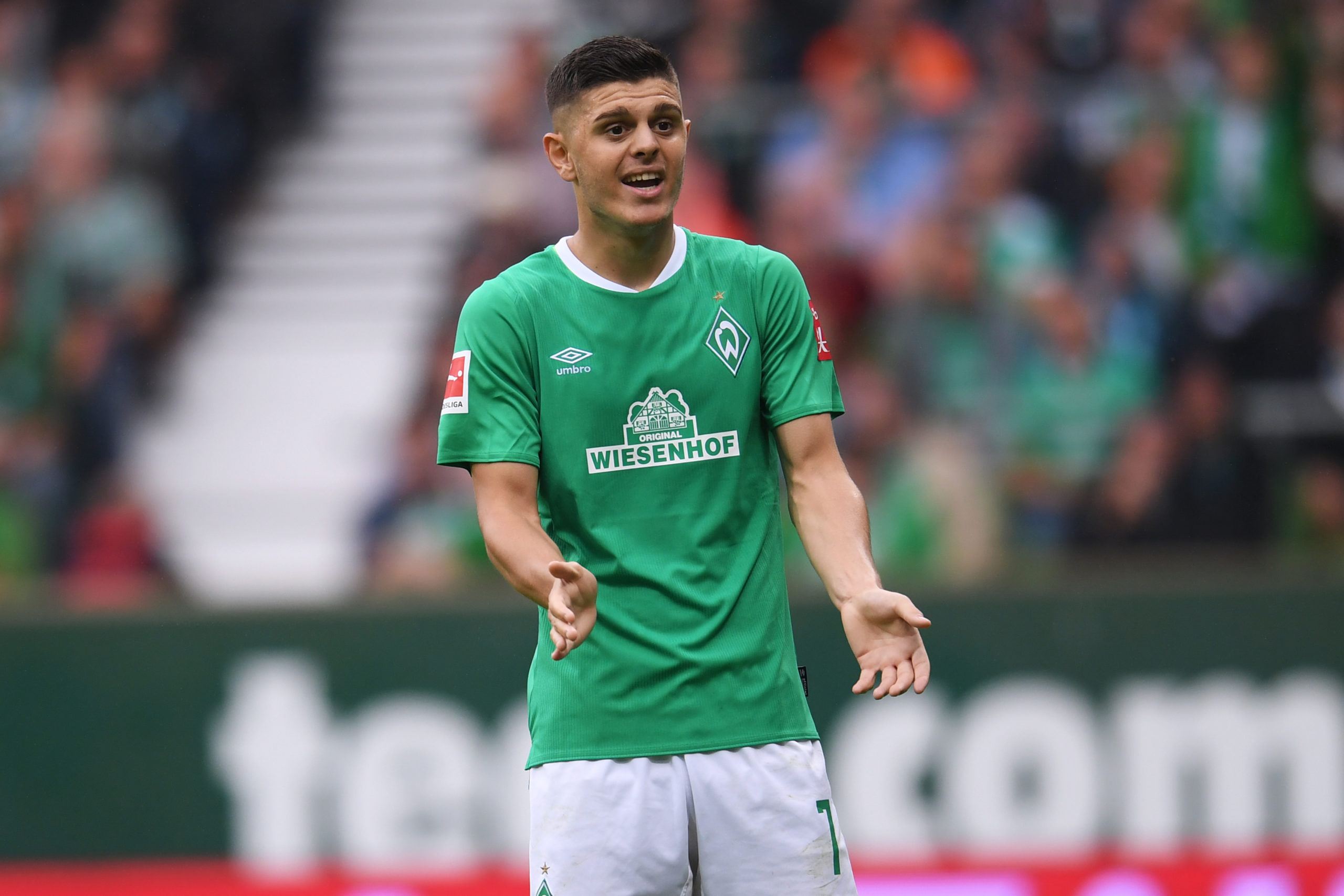 Werder Bremen’s main man up front, Milot Rashica has caught the eye of a lot of people, both in and out of Germany, as he has netted 11 times and set up another 5 goals in 34 appearances for his club this season. €25 million is what Werder are said to be asking, so let’s take a look at some of the clubs that can meet that price:

The current Champions League holders and Premier League Champions should be able to lure any player to the club, but realistically, it’s not the best place for Rashica.

Liverpool’s fast-paced system may suit him very well, but he’ll find it very difficult to get into the starting lineup. Sadio Mané is most certainly their preferred left winger, while Alex Oxlade-Chamberlain and Divock Origi have slotted in whenever needed. The Kosovar can also play as a striker, but Roberto Firmino will have other ideas if he joins the Reds.

Basically, it’s not a matter of style of play or suitability for Rashica to Liverpool, it’s just that he will be too low in the pecking order for his liking.

Fresh off their Coppa Italia success, Napoli may want to bolster their squad in the summer. Rashica may well be a great addition to the club, but the player himself might get very little game-time.

Gli Azzurri‘s attacking style should suit the 24 year-old, but once again, he’ll find starts to be very rare. Even if we assume that Arkadiusz Milik leaves the club, the Kosovo international will face competition from club captain Lorenzo Insigne on the left, and club legend Dries Mertens down the middle. Those two are pretty irreplaceable at the moment, and Rashica will probably find himself playing second fiddle to them.

As is the case with Liverpool, Rashica will not find a simple starting spot in the Napoli squad. Although there is slightly less competition in Naples, the stature of it will make things a bit difficult for the Albania under-19 international.

With the added investment of Lars Windhorst, Hertha will have a good amount of money to spend in the summer despite the Coronavirus crisis. The addition of Milot Rashica should help them in their quest to become a ‘big city club’, and it might be a good move for the ex-Vitesse man too.

Unlike Liverpool and Napoli, Hertha do not have anyone who can seriously challenge Rashica for a starting spot. Javairô Dilrosun and Matheus Cunha have started on the left flank, but neither have impressed as much as Rashica. Hertha’s direct style of play may suit the winger, as should their set-piece threat. The former Vushtrria man has been fouled 1.8 times per match on average, and his silky dribbling skills coupled with Hertha’s aerial presence should be a great combination.

The downside to this move is its risk-factor. Although Bruno Labbadia seems to have stabilised Hertha’s ship, it may take them a while to challenge for European football. After going through three managers, the Berliners didn’t even finish in the top-half of the table this season, and that’s why a move to the club may not be the best step up for Rashica’s career.

Although the Rossoneri are not eligible for direct European qualification at the time of writing, a move to a club of their stature is certainly a major step up for anyone’s career.

Rashica will certainly find it difficult to start as a number 9, with the likes of Ante Rebić, Rafael Leão and Zlatan Ibrahimović as potential competitors. Down the left though, he will only have to face Hakan Çalhanoğlu, who can also play as an attacking midfielder. Besides, Ralf Rangnick is coming to the club, and he intends to have a proper rebuild. The German’s coaching style relies on quick counterattacks, something which Rashica is not too bad at.

If Milan are willing to splash the cash, they should ideally be able to get Rashica easily. But, they too face serious competition:

Ragnick’s former club, Leipzig seem to be in pole position to sign the 24 year-old, and reports even suggest that they launched an €18m bid which was turned down.

Although Julian Nagelsmann’s Leipzig don’t really accommodate a left winger because they play with two strikers, Rashica can be utilised in the number 9 role, or even as a playmaker. Leipzig have added Hee-chan Hwang to boost their attack, their Sporting Director Markus Krösche doesn’t believe that he will be a direct replacement for the outbound Timo Werner. The South Korean isn’t the quickest of players, and therefore Leipzig may look to add Rashica for his pace and dribbling ability to help them in counterattacking situations.

Leipzig and Rashica seem to be the perfect match, as both compliment each other’s playing styles. If Die Roten Bullen manage to add a little extra to their original bid, Werder Bremen’s top scorer should begin to pack his bags and head eastwards.

Leipzig clearly seem to be the favourites to sign the Kosovar, but with others lurking and Bremen holding out for some extra cash, you never know what’s going to happen. However, one thing seems certain – Milot Rashica has probably played his last game for Bremen. Even their Sporting Director, Frank Baumann has admitted that.

How Will RB Leipzig’s 2 New Signings Fit Into the Squad?
How Will Jude Bellingham Fit In At Borussia Dortmund?