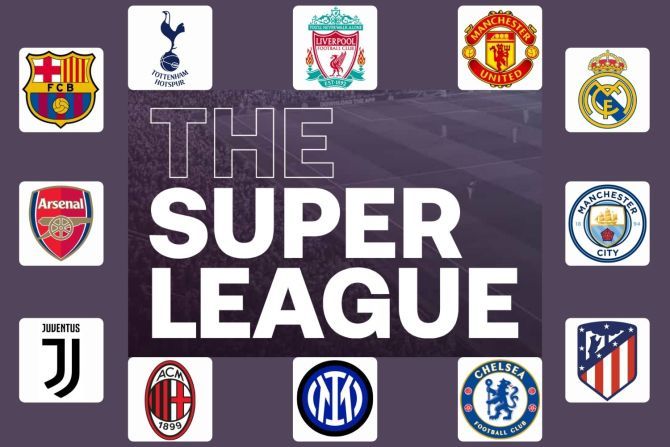 Many top clubs around the world have signed up to this breakaway league, yet Bayern Munich and Borussia Dortmund have categorically refused to be a part of it.

A loss of money and finances has hit the world of football hard, and everyone is in the same boat after this pandemic.

But the feelings of the German fans and supporters clearly take pride of place over the lining of their owners’ pockets.

Statements from two of the top German clubs, clearly state that they are on the same page with regards to joining the Super League, the outcome is that they will stay as far away from it as possible.

A statement on fcbayern.com by CEO Karl Heinz-Rummenige strongly states that:

“FC Bayern has not been involved in the plans for creating a Super League. We are convinced that the current structure in football guarantees a reliable foundation. FC Bayern welcomes the reforms of the Champions League because we believe they are the right step to take for the development of European football. The modified group stage will contribute to an increase in excitement and the emotional experience in the competition.

“I do not believe the Super League will solve the financial problems of European clubs that have arisen as result of the coronavirus pandemic. Rather, all clubs in Europe should work in solidarity to ensure that the cost structure, especially players’ salaries and agents’ fees, are brought in line with revenues, to make all of European football more rational.”

Rummenige’s statement is strongly mirrored by that of Dortmund CEO Hans Joachim Watzke who said on bvb.de;

“’…The board’s decision from last Friday still stands. This decision dictates that all clubs wish to implement the proposed reforms to the UEFA Champions League. The ECA board members took a clear stance in rejecting plans for the establishment of a Super League.”

Watzke also stressed that “both German clubs on the ECA board, FC Bayern Munich and Borussia Dortmund, shared exactly the same stance throughout all discussions.”

It is nice for those fans to see their teams stick together on this while creating a stance that they feel it is unacceptable to join this breakaway league.

These teams seem happy competing how they do each season, because surely for them, fighting for the Bundesliga title and for a place in Europe every year is a feeling that cannot be overridden by a walkover league that takes away the competitiveness of each game.

Are Hansi Flick’s Bayern Munich just a one-season wonder?
Haaland at the double to keep pressure on top four