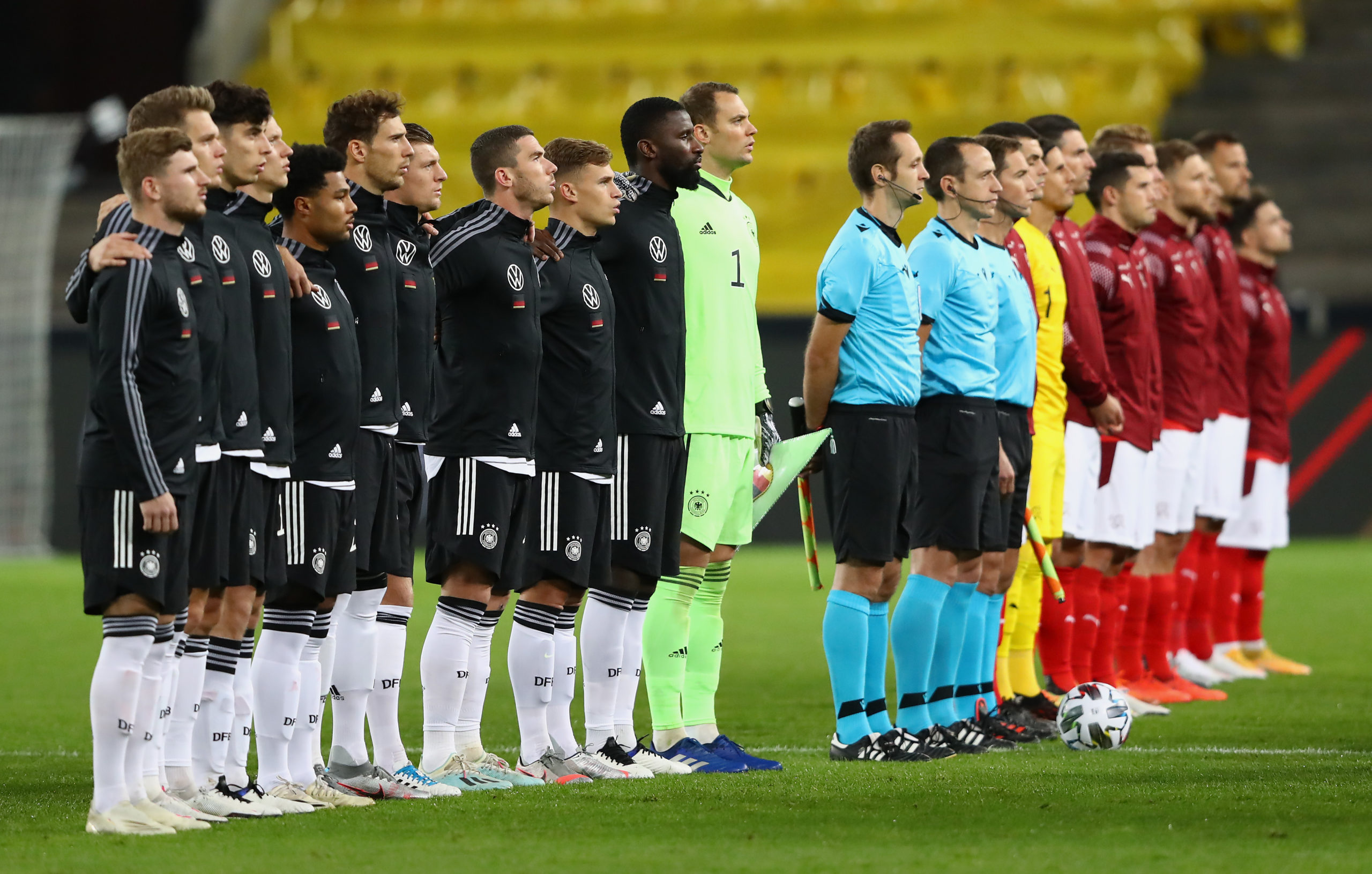 Germany were unable to come up with back-to-back wins in the UEFA Nations League as they settled for a 3-3 draw against Switzerland at the RheinEnergieStadion in Cologne.

Joachim Loew’s side recently picked up their maiden victory in the competition as they beat Ukraine by a 2-1 scoreline, but they struggled against a hard-working Swiss outfit.

The draw was their third in four Nations League outings this term. They failed to capitalise on Spain’s shock 1-0 defeat to Ukraine and continue to remain one point behind La Roja, who are top of Group 4 of League A.

Switzerland come up with another robust display: The Swiss earned a hard-fought 1-1 draw on match day 2 against Germany and they produced another impressive performance tonight. Vladimir Petkovic’s side caught the eye with their intense pressing and that often saw the Germans surrender the possession.

They managed to win 10 of their 16 tackles and that was far superior from the hosts, who won only six of their 17 attempts. They were equally impressive with the offensive side of their game with seven successful dribbles and took advantage of the hosts’ fragile backline. While they looked the more balanced outfit and they could have done better to hold onto their advantage to secure a win.

Germany’s lack of cohesion: Loew made the decision to move on from some of the older and experienced players, but the country have yet to find the consistency of the yester-years. Instead of a team performance, it has mostly been the sheer brilliance of some individuals, which have guided them to victories in recent times.

The likes of Timo Werner, Kai Havertz, Toni Kroos, Joshua Kimmich, Leon Goretzka, Manuel Neuer and Serge Gnabry have come up with standout performances in particular games to pull them through. There is definitely a lack of cohesion between the players on the pitch and Loew needs to find the right balance or else, his team may struggle at Euro 2020 next summer.

Germany’s Nations League woes: The 2014 World Cup winners have disappointed in the competition since its inauguration in 2018. They failed to win any of their four group stage games during the previous edition and finished at the bottom of the standings behind Netherlands and France.

Their 2020 Nations League campaign started with back-to-back draws against Spain and Switzerland, but it appeared that they had turned the corner with a 2-1 triumph over Ukraine on the road. However, nothing seems to have changed as they settled for another stalemate against the Swiss.