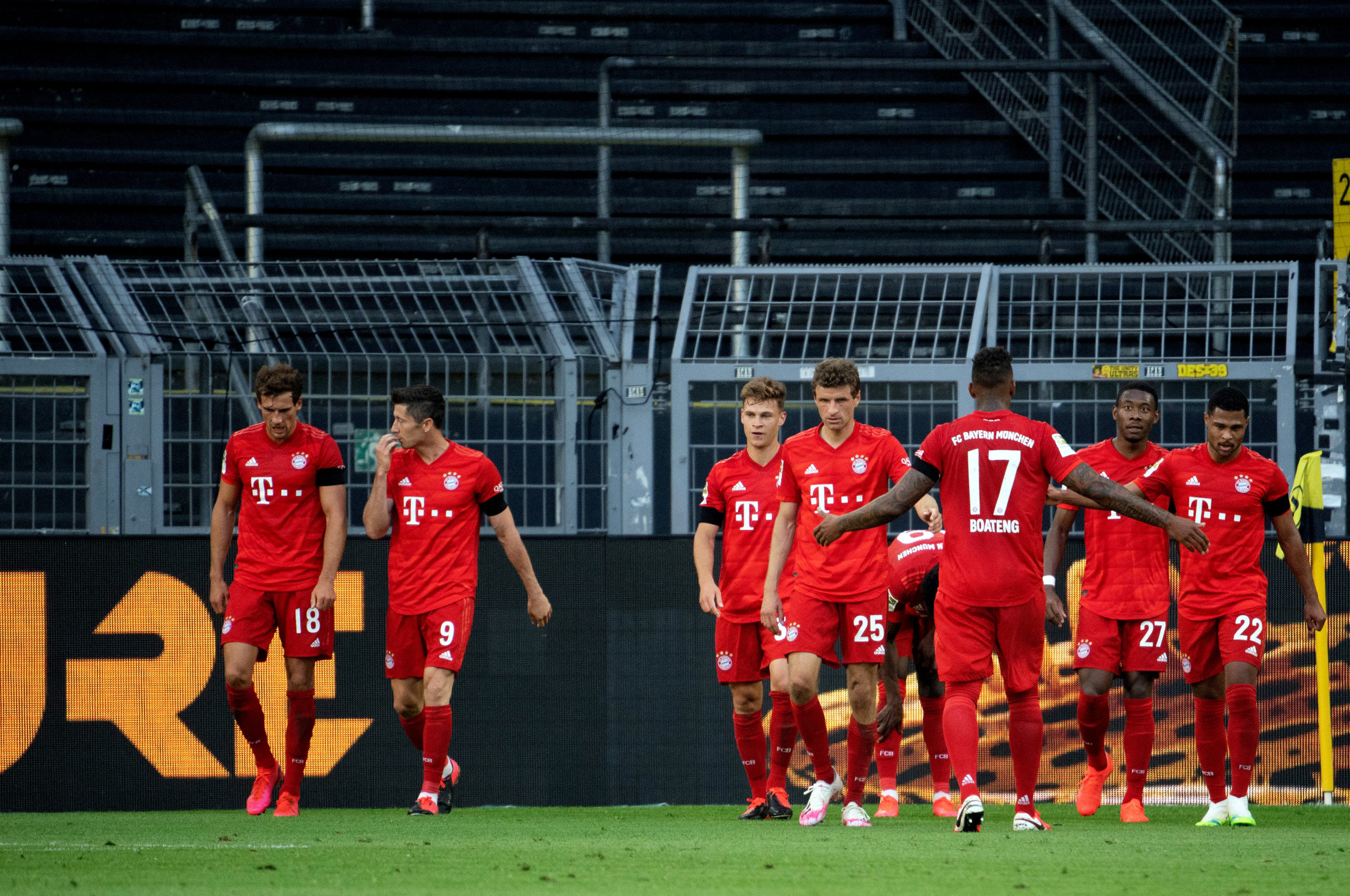 Bayern Munich have moved a step closer to an eighth-straight Bundesliga title following their 1-0 win over Borussia Dortmund on the road on Tuesday.

The match was eventually fought with both teams having chances cleared off the line, but ultimately Bayern came up with the victory after a wonderful chip shot from Joshua Kimmich, which beat goalkeeper Roman Burki, just minutes before the half-time interval.

Three things we learned from Bayern’s win over Dortmund:

Bayern on course for an eighth successive title: The match on Tuesday was mentioned as a title-decider with Dortmund starting only four points behind Bayern. However, they were unable to reduce the deficit and instead find themselves seven points behind the Bavarian giants at the top of the standings. Hansi Flick’s side have dropped only two points from the previous 14 league games and they are surely on course to win another Bundesliga crown, barring a shock sequence of results during the final six matches.

Jerome Boateng turns back the years: There has been much speculation over Boateng’s future at Bayern at the end of next season. This has, however, had no impact on his performances and he has come with a real determination since the resumption of play after the coronavirus shutdown. Against Dortmund, he was solid at the heart of the defence and comfortably handled the threat of Erling Haaland as he blocked four shots including a goal-line clearance after just 30 seconds into the game. It won’t come as a surprise, if the 31-year-old is handed a contract extension.

Alphonso Davies, a star in the making: Davies transformation from a left winger to a left-back has been one of the success stories for Bayern this term. The Canada international has shown his impressive dribbling and pace attributes this season and against Dortmund, he produced another performance which grabbed the attention. The teenager was dispossessed on a few occasions on Tuesday but he made up ground quickly with his blistering speed. In one of those moments, he was able to steal possession from Haaland, who was clear on goal at one point.