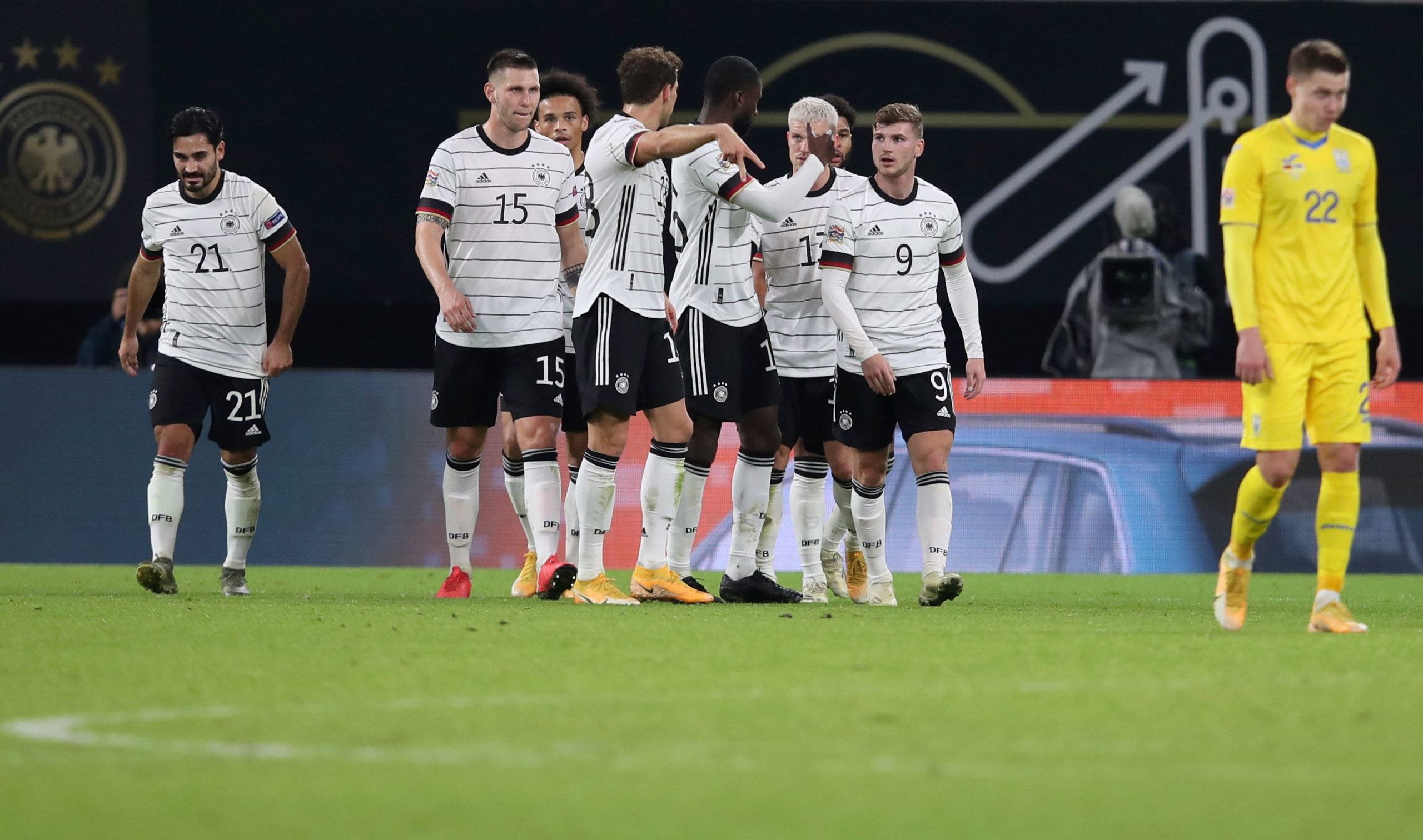 Germany boosted their prospects of reaching the Nations League finals after a 3-1 comeback win over Ukraine at the Red Bull Arena on Saturday evening.

Joachim Loew’s side made the worst possible start as Roman Yaremchuk found the back of the net for the visitors after just 12 minutes.

They were able to make a swift comeback with Leroy Sane equalling in the 23rd minute before Timo Werner put them ahead 10 minutes later.

Werner, who has been in top form for club and country, put the game beyond Ukraine’s reach with his second goal after the hour mark.

The victory has seen Germany move to the top of League A Group 4 with a one-point lead over Spain, who drew 1-1 at Switzerland.

They just need to avoid defeat during the final Matchday against La Roja to book their spot in the Nations League finals next year.

Timo Werner’s excels: Werner has been in superb touch for club and country of late and his brace against Ukraine made it seven goals in the space of just five matches. The 24-year-old has firmly established himself as the leading striker for Germany and he has formed an incredibly fluid attacking partnership alongside Leroy Sane and Serge Gnabry. Provided there are no setbacks over the coming months, the trio could form the attack for Germany at next summer’s European Championships.

Germany end competition’s winless streak at home: Germany have struggled since the inaugural edition of the competition in 2018 and they have just registered two wins from nine matches – both of which have come against Ukraine this term. On Saturday, they managed to end their hoodoo at home with their maiden victory after five matches. Defensively, they were vulnerable once again as they were unable to keep a clean sheet for the eighth Nations League game in a row. That will remain a cause for concern for Loew ahead of Euro 2020.

Leon Goretzka’s midfield display: In the absence of Joshua Kimmich and Toni Kroos with injuries, Goreztka was able to stamp his authority in the centre of the park. The Bayern Munich star has transformed into a superb box-to-box midfielder and he grabbed two assists in the comeback triumph. He provided the through ball for Sane’s equaliser and later provided a terrific one-time cross for Werner to put Germany ahead from point-blank range. He did not have the best of games defensively, but still impressed with his regular pressing which saw the opposition squander possession.