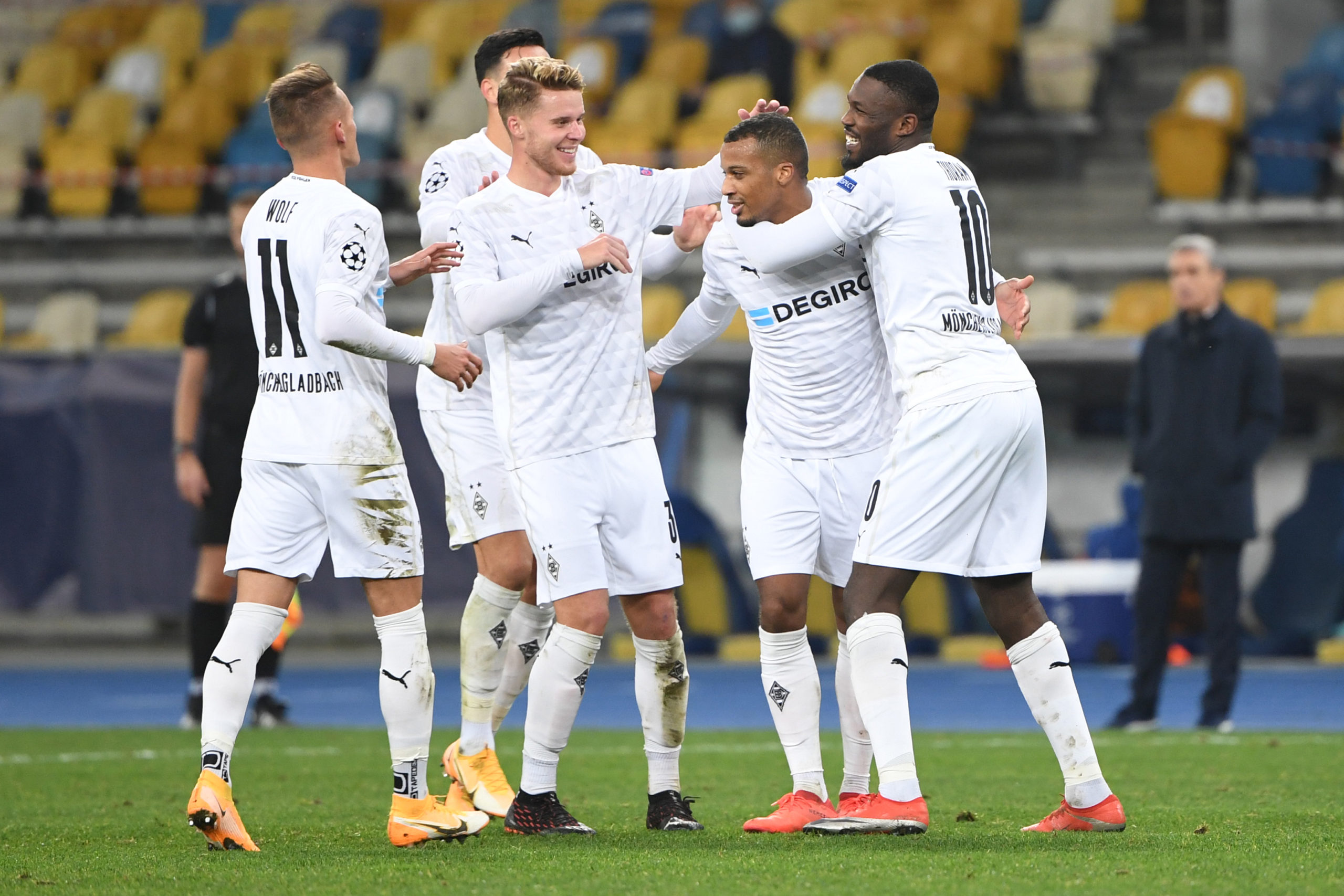 Borussia Monchengladbach picked up their first Champions League victory of the season as they put six goals past Shakhtar Donetsk on the road on Tuesday night.

The Bundesliga outfit have fared impressively on their return to the competition after four years and were unfortunate to play out stalemates against Inter Milan and Real Madrid.

On both occasions, they had an advantage heading into the dying stages of the game, but defensive lapses meant that they had to settle for frustrating 2-2 draws.

Against Shakhtar, however, there was no such concern as they scored four goals during a rampant first-half display before adding a couple more following the interval.

The victory has propelled them right to the top of Group B with five points on the board and they will be in action against Shakhtar at home shortly after the international break.

Here are three things we learned.

Alassane Plea’s superb European form: Plea has had a rather quiet beginning to the Bundesliga campaign with just one goal from five games. However, his form in Europe has been simply brilliant. The Frenchman grabbed an assist against Inter before laying the passes for Marcus Thuram’s brace against Madrid. He continued the impressive run against Shakhtar with his first three Champions League goals alongside another assist. Plea has now contributed three goals and four assists from just three group stage games.

Monchengladbach’s unbeaten streak: Monchengladbach started their Bundesliga season with a disappointing 3-0 defeat to Borussia Dortmund on the road, but they have since been unbeaten in eight games across all competitions with four wins and four draws. Elsewhere, they have also been impressive on their travels in Europe and they are currently undefeated in seven games with three wins and four draws. They have already scored 10 goals in the group stage this term which is just three less than they have managed during their previous two Champions League campaigns.

Monchengladbach boost round of 16 prospects: Monchengladbach found themselves in a tough group alongside Inter and Madrid and the duo were definitely deemed as the favourites to progress to the round of 16. However, the German outfit have managed to pick up points against both and their stunning triumph over Shakhtar sees them top of the standings. Monchengladbach will host the Ukrainian outfit later this month and another victory would give them a big chance of making the top two. Marco Rose’s side could find themselves in a scenario where they need to pick up a point against either Inter or Madrid to qualify.