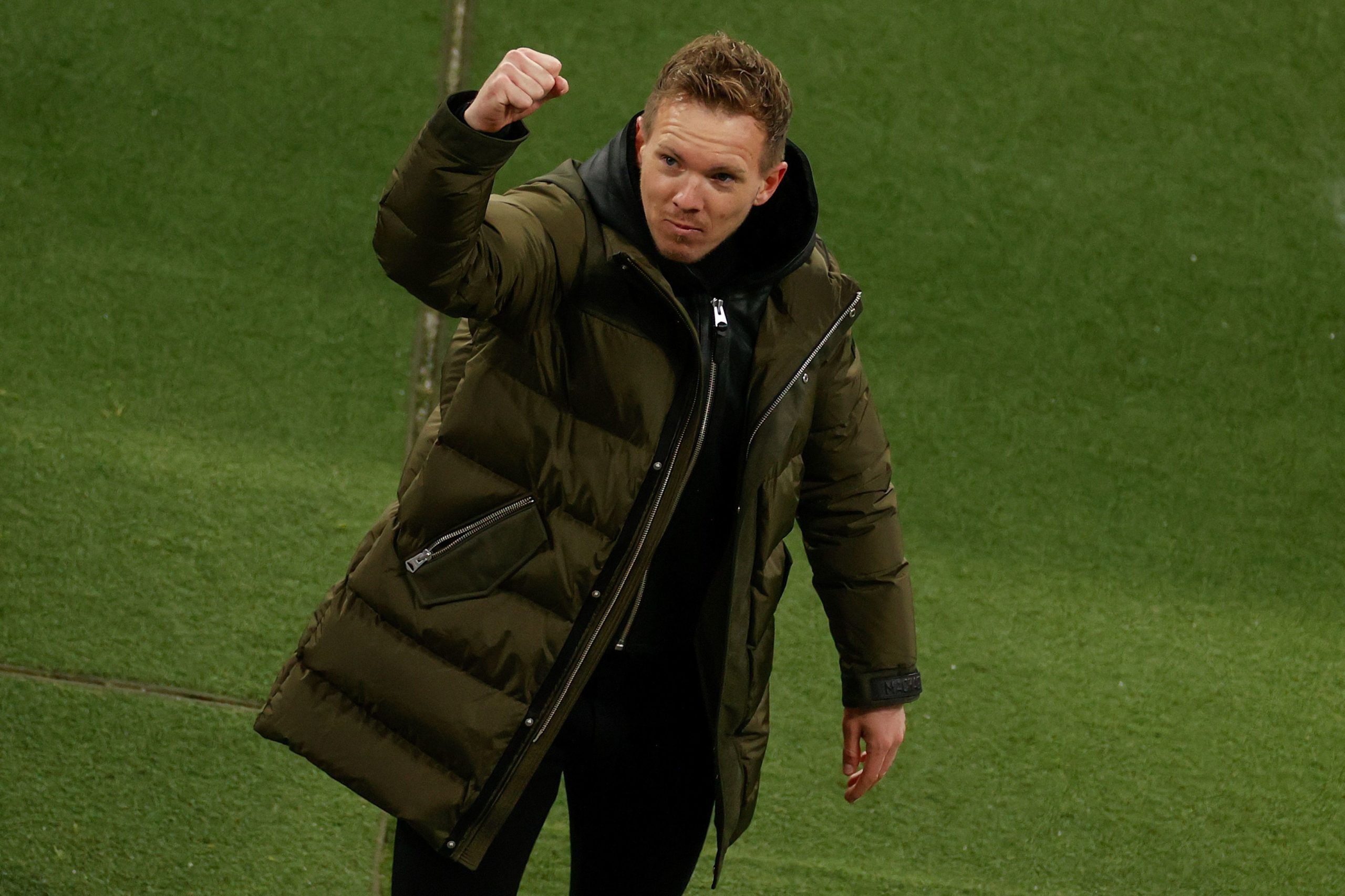 RB Leipzig sealed their spot in the round of 16 of the Champions League after a 3-2 triumph over Manchester United at the Red Bull Arena on Tuesday night.

The Bundesliga outfit produced a rampant first-half display where they scored two goals within the opening 15 minutes through Angelino and Amadou Haidara.

They could have quite easily tripled their advantage, but it was not meant to be after some poor finishing. In the 69th minute, Justin Kluivert pounced on a loose ball and chipped his shot over David de Gea to make it 3-0 in Leipzig’s favour.

Just when it seemed that the German side were cruising, United were handed a rather fortuitous penalty in the 80th minute. It appeared Mason Greenwood had fouled Ibrahima Konate in the shoulder-to-shoulder challenge instead of vice versa.

Bruno Fernandes comfortably converted the spot-kick and within a couple of minutes, Konate was the culprit once again as he scored an own goal trying to intercept Paul Pogba’s header. Leipzig were able to hold on, but it required a heroic save from Peter Gulacsi at the end.

Angelino’s first-half display: Angelino was always likely to be fired up for the contest as he is still contracted with United’s arch-rivals Manchester City, from where he has joined on loan. The left wing-back produced a stellar display in the opening 20 minutes where Aaron Wan-Bissaka struggled to cope with his quick movement and crosses into the box. Angelino took advance of the defensive lapse from Wan-Bissaka and Victor Lindelof to score the opening goal after just two minutes. 10 minutes later, he turned provider with a delightful cross for Haidara, who was unguarded at the far post. The Spaniard delivered another superb delivery for Emile Forsberg in the six-yard box, but the Swede missed a glorious chance to finish off the game in just the 17th minute. Leipzig have the option to buy Angelino and it would come as a huge surprise, if they neglect the clause.

Ibrahima Konate’s mixed fortunes: Konate recently produced an impressive showing in the 3-3 draw against Bayern Munich in the Bundesliga where he restricted Robert Lewandowski from finding the back of the net. He had a relatively good opening half, barring one occasion where he went completely out-of-position trying to press forward. Willi Orban was on guard to intercept Marcus Rashford. In the second half, he was deemed guilty for conceding a penalty in the 80th minute and just moments later, the young Frenchman scored an own goal in trying to intercept the header from Pogba, which could have been a routine save for Gulacsi otherwise. Konate has impressed since returning from a long-term knee injury, but his mistakes last night made it a nervous finish for the Bundesliga outfit.

Peter Gulacsi’s last-minute heroics: Gulacsi had a good performance between the sticks for Leipzig. The ex-Liverpool graduate managed seven saves on the night, but he could have done better in reacting to Konate’s own goal. Leipzig had a nervous finish as they tried to hold onto a slender advantage against the Red Devils and moments before the final whistle, Nordi Mukiele could have quite easily scored an own goal trying to intercept Pogba’s cross. The 23-year-old’s deflected the ball straight into the path of Gulacsi, who showed superb reflexes as he closed the gap between his legs, just in time. The victory sees Leipzig top of Group H, but Paris Saint-Germain can leapfrog them, if they beat Istanbul Basaksehir in the rescheduled game. United, meanwhile, are out of the competition and will play in the Europa League from the round of 32 stage.