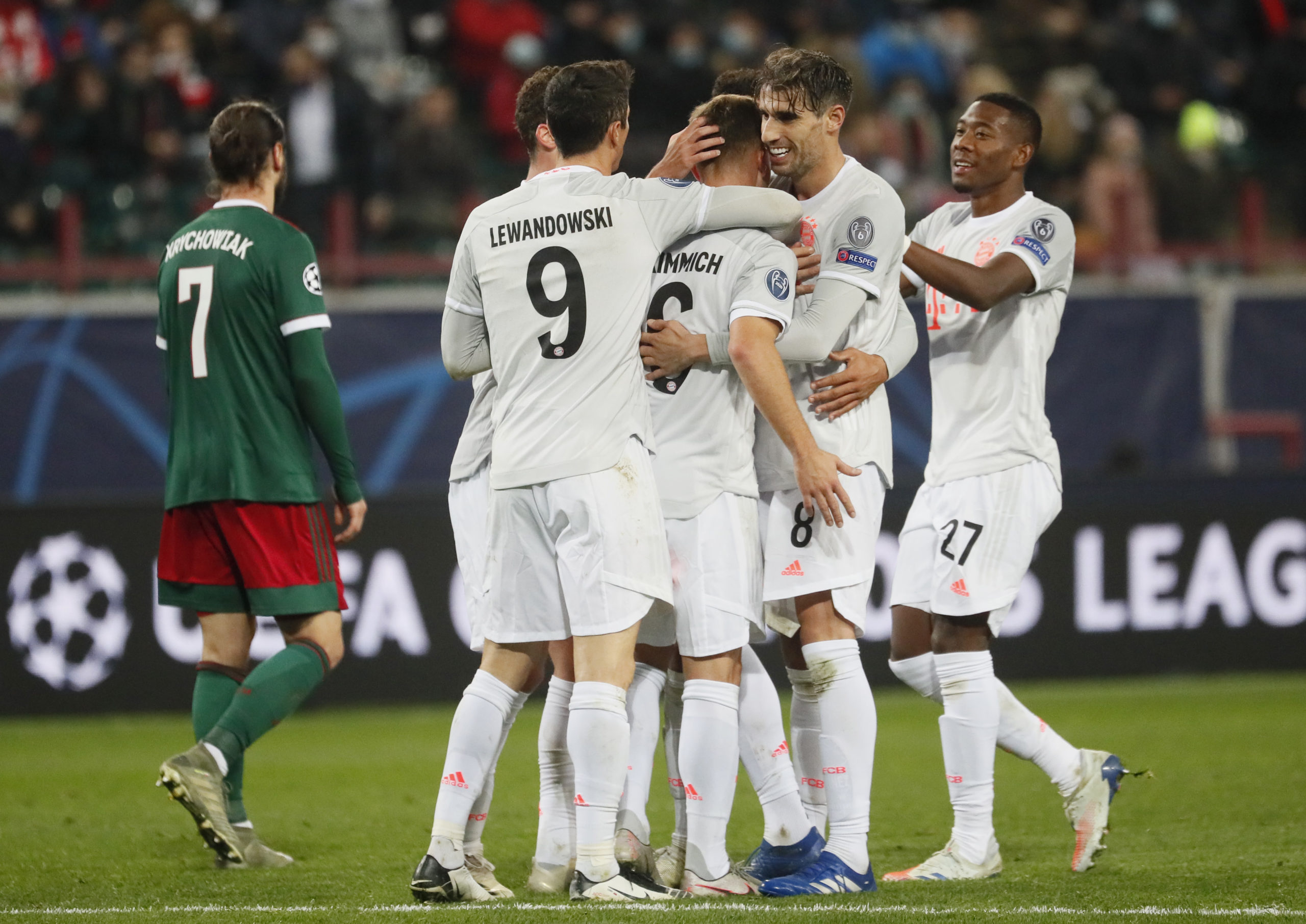 Bayern Munich registered a record 13th straight win in the Champions League after beating Lokomotiv Moscow on the road on Tuesday night.

The reigning European champions took the lead through Leon Goretzka within the 13th minute, but they could not extend the advantage before the break.

In the second half, Lokomotiv caught the eye on the counter-attack on multiple occasions and they eventually found the equaliser in the 70th minute through Anton Miranchuk.

However, their hard work was undone by Joshua Kimmich nine minutes later. The German turned with his first touch before unleashing low volley past the goalkeeper from outside the box.

Here are our three observations from the game.

Bayern dictate play in the midfield: Bayern controlled the proceedings in the midfield during the course of the game and that was largely down to Kimmich and Goretzka, who were brilliant on the night. Both players were able to dictate the play despite the odd giveaways and they capped their performances by finding the back of the net. The duo are playing at the peak of their powers and Bayern potentially have a world-class pairing in the centre of the park for the long-term.

Lokomotiv’s solid defence: Bayern managed only four shots on target and that was largely down to a solid defensive performance from Lokomotiv. They stymied multiple clear-cut opportunities for the visitors including a superb block to deny Kimmich from scoring in the 58th minute. Their most experienced centre-back and captain in Vedran Corluka was substituted at the break with a hamstring issue, but they still managed to maintain their composure at the back, only to be undone by Kimmich’s volley.

Bayern extend record winning streak: Bayern created history last season as they became the only team to win the Champions League by winning all of their season’s matches. In doing so, they became the first team to win 11 successive games in the competition and the record has been extended to 13 after victories over Atletico Madrid and Lokomotiv this term. The recent game at Lokomotiv Moscow was definitely the toughest test for them as they came up against an opposition, who were encouraged by the 6000 fans present to watch them.