Should Bayern Have Swapped Kingsley Coman for Leroy Sané

Bayern recently completed the transfer of Leroy Sané from Manchester City. Now, reports have suggested that City wanted Kingsley Coman in a swap deal, but Bayern firmly declined. Was that the correct call? Let’s have a look: 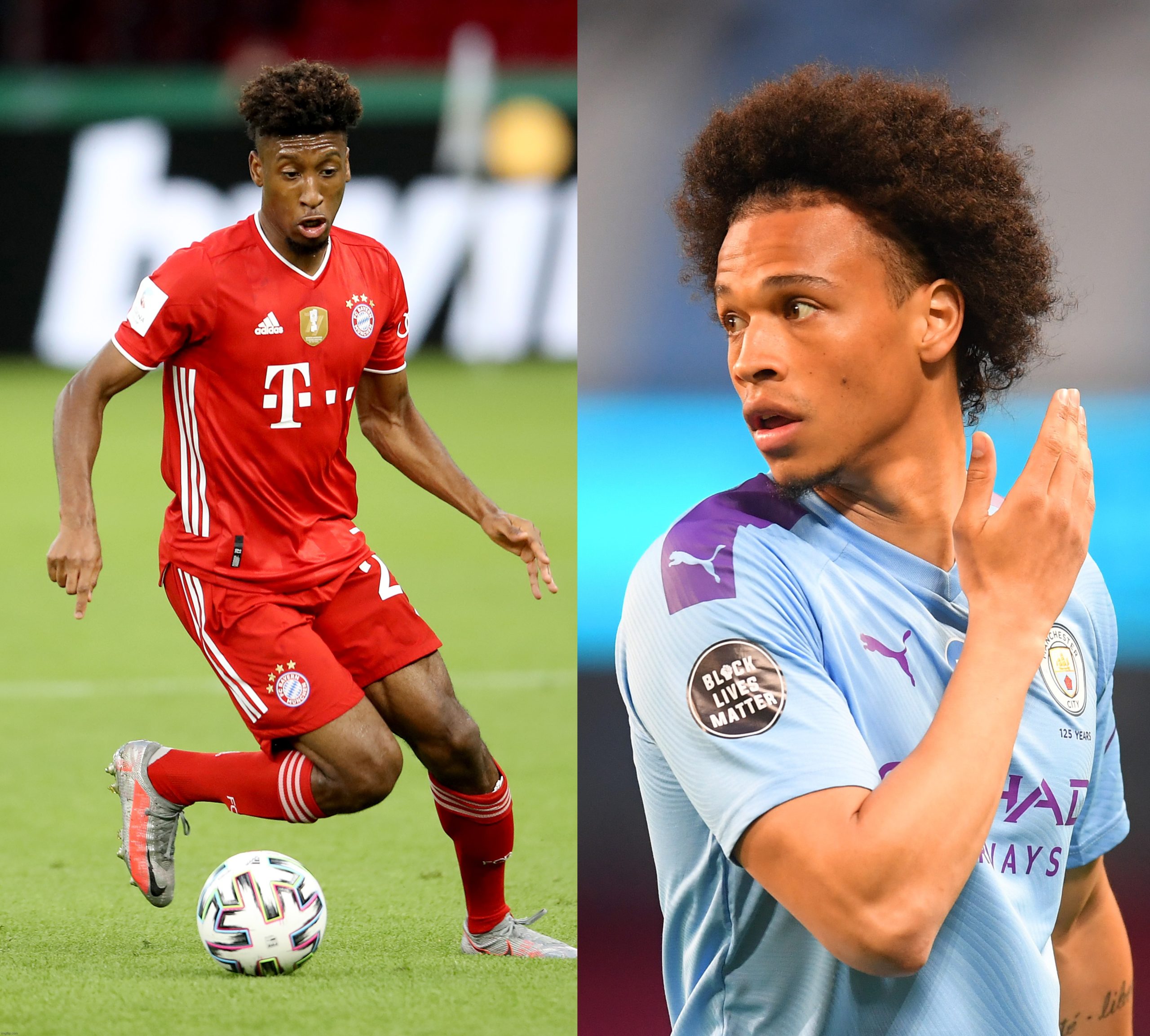 FC Bayern München have finally succeeded in bring Leroy Sané to Munich after over a year of interest. The deal was worth €49m with a series of performance and trophy-related add-ons, which add up to another €11m. Recently, reports have surfaced which suggest that Manchester City were keen on a swap deal involving Kingsley Coman going the other way.

Hasan Salihamidžić, Bayern’s Sporting Director, declined the offer and remained firm on paying the full price for Sané. Was that the right decision? Let’s take a look:

Generally, when someone approaches you for one of your players, this is one of the first questions that you ask yourself. Now, Kingsley Coman is not a guaranteed starter by any means – he has only been in the Starting XI 17 times in this season’s Bundesliga, which is precisely half of the matches. In 34 appearances in all competitions, the Frenchman has a tally of 7 goals and 4 assists, making him joint-eighth in goal involvements for Bayern. Although the tally is nothing to be scorned at, it isn’t exactly great for a winger who wants consistent first-team football.

Another problem is his injury-history. In his nearly five-year long Bayern stint, he has missed 49 games due to his many injuries. This season alone, he has been sidelined for 8 clashes. He also picked up a hamstring injury in Bayern’s last game before the lockdown, but luckily for him, the Coronavirus-imposed break meant that he didn’t miss any matches. Either way, such a long and illustrious injury-record is not befitting of a 24 year-old.

Obviously, Bayern are aware of this more than anyone. So, they have a list of reinforcements in their ranks, including the likes of Serge Gnabry, Ivan Perišić (although, he may not be in Munich for the next season), Thomas Müller (who can play on the right flank) and Alphonso Davies (who was signed as a left winger). Now, you can even add Leroy Sané to that.

As you can see, it is obvious that Bayern would be able to make do without Kingsley Coman.

Would Coman Fit at City?

Bayern are not legally bound to worry about this, but Coman certainly would have to give it a thought if a move were to materialise. Let’s take the assumption that he would be brought in to replace Sané. So, the question is, can he to do so?

At first glance, both Sané and Coman seem pretty similar. You have a rapid, slightly injury-prone 24 year-old German, and a quick, very injury-prone Frenchman. One major difference, however, is that Sané is an out-and-out left winger, and while Coman has proven that he is capable of playing on the left, he mainly prefers the right flank – partly because he is right-footed and so quick. For, example, this season in the Bundesliga and Champions League, he has made 16 starts on the right, compared to a mere 7 on the left. Obviously, he has scored more goals and provided more assists from the right as well.

If City are looking for someone to replace Sané (which they are), then that probably means that they are searching for a left-winger, and Coman doesn’t appear to fit that bill. Minus Sané, all of City’s wingers except Riyad Mahrez (who also happens to be a right winger) have played on either flank. ‘All of City’s wingers’ refers to Raheem Sterling, Bernardo Silva and Phil Foden. Further, Gabriel Jesus is also capable of playing on the left.

As is evident, Coman would face a lot of stiff competition at Manchester City, and little game-time as a consequence.

Bayern have paid €49m upfront for Sané, and that can climb up to €60m thanks to some performance and trophy-related bonuses. Transfermarkt evaluates Coman at €40m, so Bayern might have seen themselves shell out €20m if the swap deal went through.

Another implication that the deal would probably have relates to Ivan Perišić. If Bayern lose Coman, they might want one more winger just in case injuries strike. That one winger would most probably be Perišić, who is set to go back to his parent club, Inter Milan, as his loan spell draws to a close. Although there have been talks of Bayern signing him permanently, Inter are asking for €20m, and not giving the discount that Bayern want. If the Sané-Coman swap deal were to take place, Bayern’s necessity would give Inter the upper hand in negotiations for Perišić, and Bayern may see themselves spending another €20m on the Croatian.

After you do the maths, you realise that Bayern would have spent €40m and lost Kingsley Coman in exchange Sané and one or two more seasons of the 31 year-old Perišić. That’s not too smart, and Bayern only do smart business.

It does appear that Bayern have made the right decision by keeping Kingsley Coman. Although they do not desperately need the Frenchman, his talent will certainly be an asset, and healthy competition among their wingers will help all of them grow. Bayern have made yet another smart transfer move, and it’s about time that we recognise them as one of the most shrewd clubs in world football in that department.

Why Leroy Sané to Bayern Spells Bad News for Ivan Perišić
How Will RB Leipzig’s 2 New Signings Fit Into the Squad?