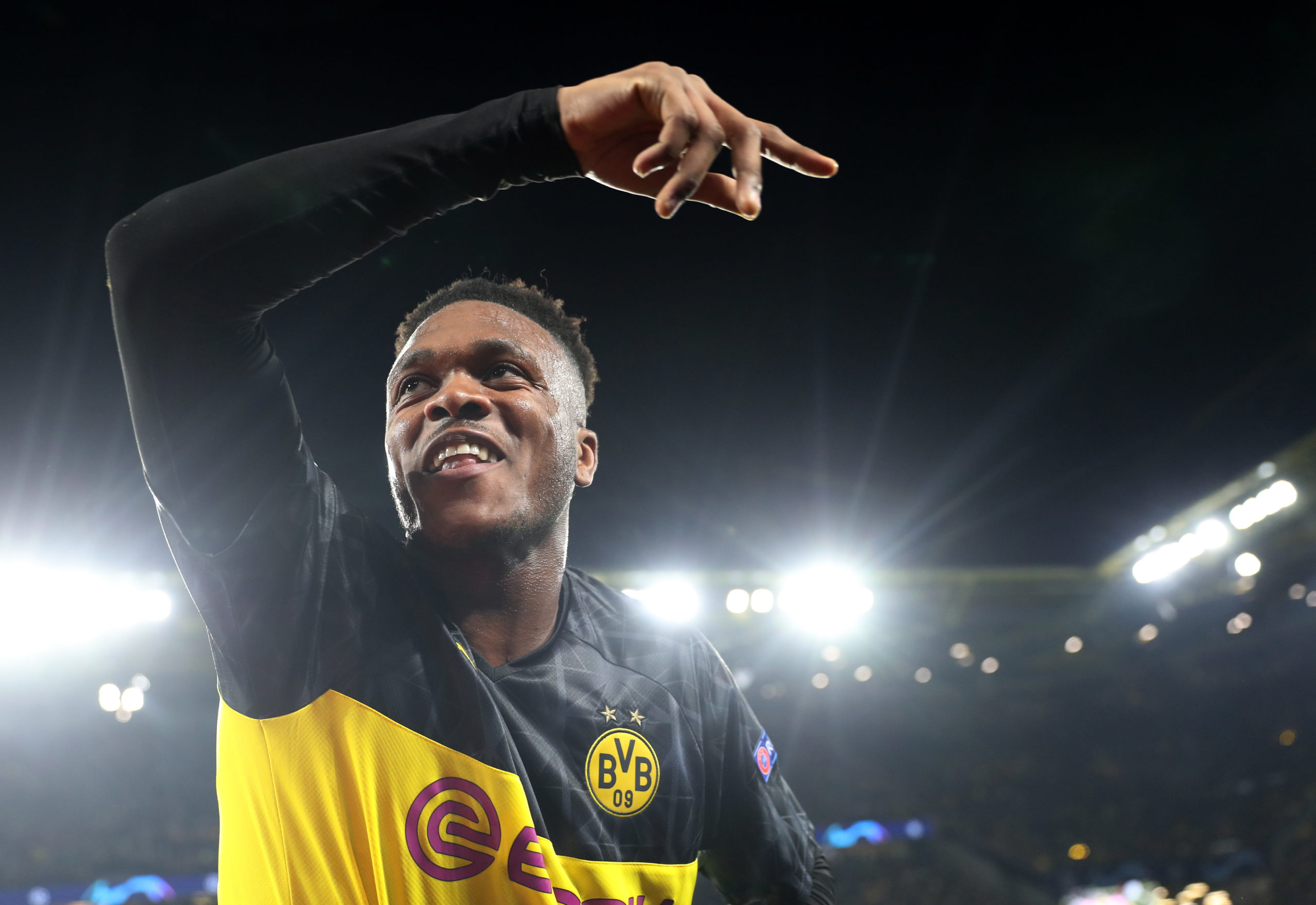 In interview with Kicker, Borussia Dortmund sporting director Michael Zorc has confirmed that the club would like to extend the contract of defender Dan-Axel Zagadou.

The 21-year-old barely featured during the first four months of the season, but he was a regular thereafter as manager Lucien Favre opted to play him in a back three alongside Mats Hummels and Manuel Akanji.

The Frenchman started eight successive games in all competitions before the coronavirus shutdown in March, but he did not feature in the club’s title bid following the restart after suffering a knee ligament injury in training.

The former Paris Saint-Germain graduate is highly regarded by Dortmund’s hierarchy and Zorc has acknowledged that the club could look into a new deal for the centre-back in the near future.

“He has enormous potential. We can well imagine that (extending his contract). But we haven’t had any really meaningful conversations with him yet,” Zorc told.

“He still has room for improvement. He needs to work on both his mobility and his resilience. What’s important for him is that he stays healthy at all times.”

Zorc, who joined BVB from Paris Saint-Germain on a free transfer in July 2017, has two years remaining on his existing contract. He has missed at least two months of action in each of the past three seasons due to injuries and Dortmund will be hoping that he can remain unscathed next term.

Meanwhile, in the same interview with Kicker, Zorc confirmed that the club are assessing the future of young Argentine centre-back Leonardo Balerdi. The 21-year-old’s contract does not expire until the summer of 2024, but Zorc has admitted that he could leave the club, if a suitable offer is made.

He added that Dortmund won’t look into a replacement, if Balerdi is loaned out or sold as there are sufficient options in the position. The former Boca Juniors youngster has been fancied to make the switch to Ligue 1 with Marseille.