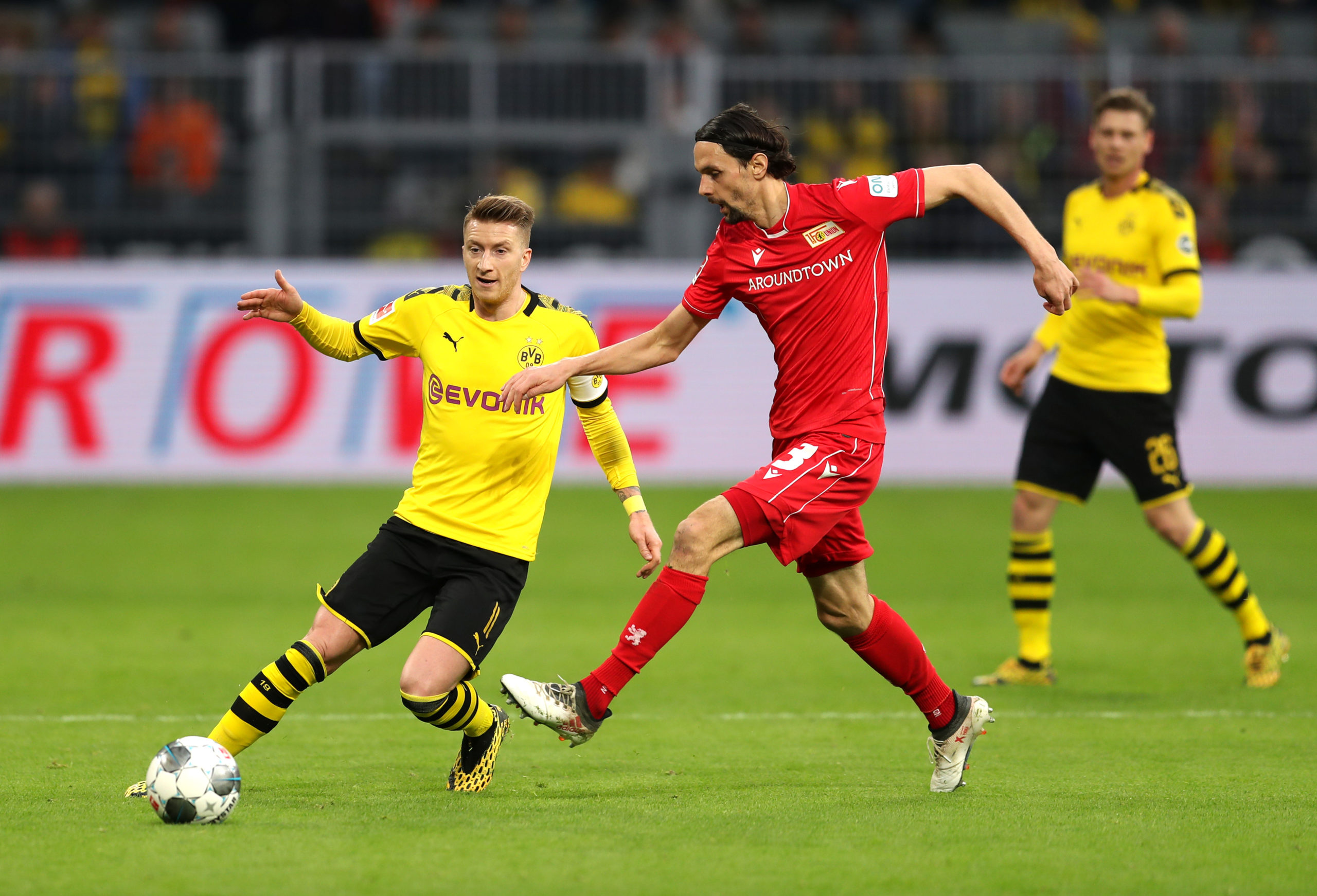 According to Kicker, Borussia Dortmund captain Marco Reus may not make another appearance this term as he has yet to recover from the adductor injury picked up earlier in February.

The Germany international suffered the setback during the club’s 3-2 defeat to Werder Bremen in the third round of the DFB-Pokal Cup, but it was anticipated that he could make a comeback in four weeks’ time.

However, that has not been the case and Reus has not featured in the matchday squad for Dortmund since their return to league action after the coronavirus shutdown last month.

The 31-year-old has already missed 10 straight games for Dortmund in the Bundesliga and Kicker claims that his season may already be over due to the fitness issues associated with the injury.

Reus has been hampered with multiple injuries during the course of his Dortmund career and the latest setback should frustrate the German, who was having a fine league season with 11 goals and six assists from 19 outings.

Dortmund have another four more games remaining for the campaign and the onus will remain on securing a Champions League berth for next season, now that the title pursuit seems over.

BVB were four points behind league leaders Bayern when the season recommenced last month but over the next five games, they have fallen another three points adrift with the 1-0 defeat to the Bavarian giants.

Bayern need only two wins from the remaining four matches to seal the title and they should be favourites to do so, considering they have dropped just two points since the turn of the year.

Meanwhile, Lucien Favre’s side are currently seven points ahead of fifth-placed Bayer Leverkusen and they should comfortably qualify for next season’s Champions League, barring a shock end to the campaign.