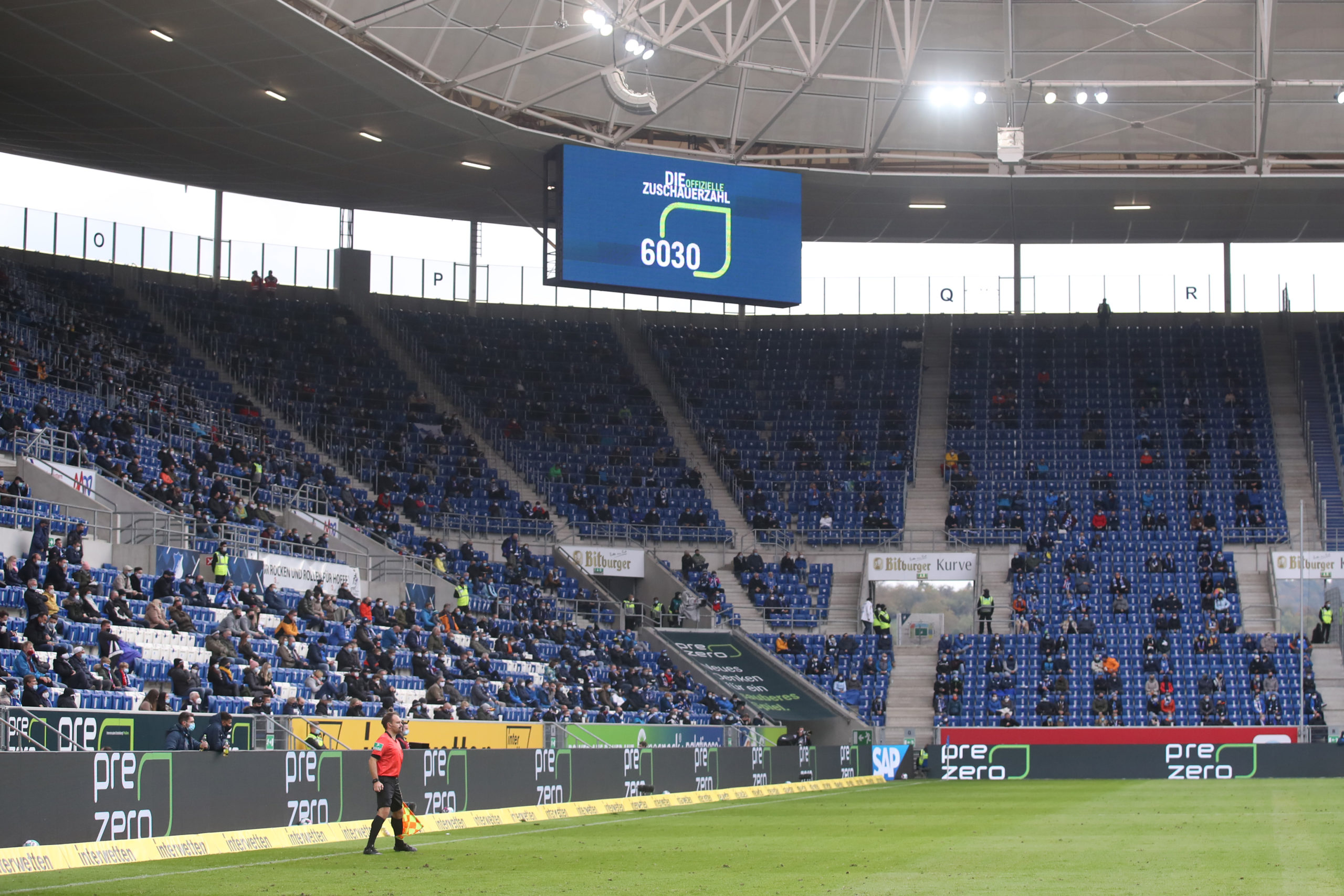 TSG 1899 Hoffenheim will be aiming to return to winning ways in the Bundesliga when they host Union Berlin on Monday night.

Sebastian Hoeness’ side started their league campaign with back-to-back victories, but they have since gone winless for three games on the trot.

As a result, they have dropped from first to ninth on the table and they are now six points adrift of league leaders RB Leipzig.

Union Berlin, on the other hand, have remained unbeaten in four meetings after the opening day defeat at the hands of Augsburg.

However, three of those four games have ended in stalemates. They are presently 12th in the standings with six points, one adrift of Hoffenheim.

The clubs met for the first time last season after Union Berlin’s promotion to the German top-flight. Hoffenheim did the double over Union Berlin by scoring a combined six goals. They kept clean sheets in both matches.

The hosts won’t have the services of Pavel Kaderabek, Kasim Adams Nuhu and their top-scorer Andrej Kramaric after they tested positive for COVID-19. Elsewhere, Ermin Bicakcic (knee), Kostantinos Stafylidis (shoulder) and Benjamin Hubner (ligament) are also sidelined for the encounter.

The visitors, meanwhile, will be without Nico Schlotterbeck (hamstring), Anthony Ujah (knee), Loris Karius (knock) and Grischa Promel (knee) while Christopher Trimmel and Marcus Ingvartsen are deemed doubtful and may require late fitness tests, as per manager Urs Fischer.

Hoffenheim have dominated the previous two meetings against Berlin and they can be fancied to repeat the feat. They will be without their most influential striker in Kramaric, but still have the likes of Munas Dabbur and Ishak Belfodil, who were on the scoresheet in the thumping 4-1 win over Genk in the Europa League group stage in midweek.