The penultimate matchday of the Bundesliga will see all teams play at the same time on Saturday, so let’s take a look at all of the fixtures: 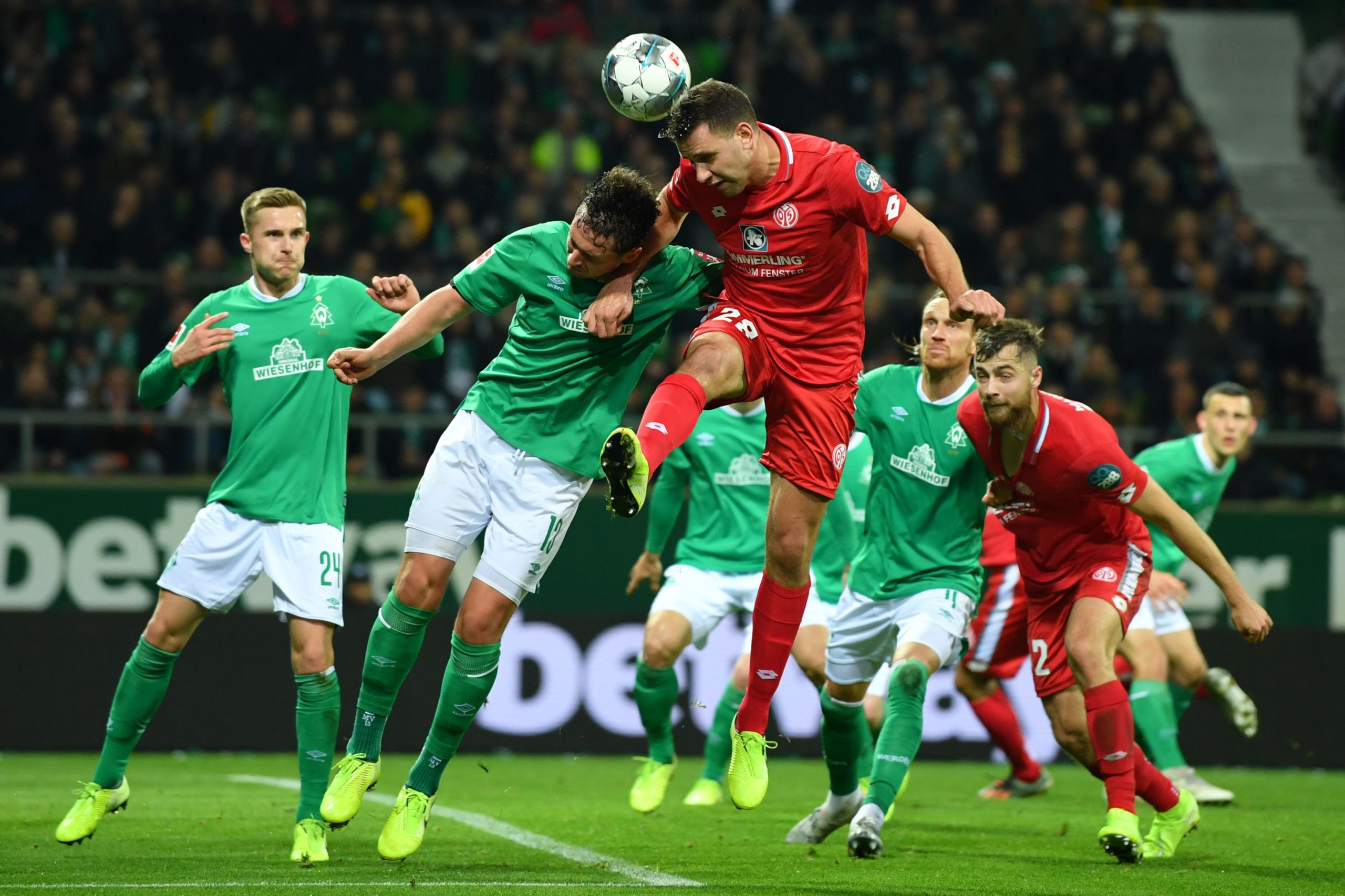 The newly-crowned record Champions, Bayern, will get be facing 8th-placed Freiburg at the Allianz Arena, with the visitors still holding on to their European dream.

What This Could Mean: Bayern have nothing to lose now, as they have already secured the title. The visitors, though, have a lot on the line, as a win could see them move up to 6th place.

Last Results: Bayern beat Bremen away on Tuesday thanks to the only goal of the match, courtesy of Robert Lewandowski. Freiburg also fashioned a win at the same time – 2-1 against Hertha.

Player to Watch: Nils Petersen – The 31 year-old has scored twice in his last three appearances off the bench, averaging a goal in every 44.5 minutes. Basically, if Freiburg send him on at half-time, they are essentially guaranteed a goal. At least that’s what the stats say.

What This Could Mean: Three points for the Red Bulls would see them jump ahead of Dortmund on goal difference, and have one hand on the runners-up spot. However, a win for Dortmund would guarantee them a 2nd-place finish.

Last Results: Leipzig slipped up yet again, this time in a 2-2 draw with relegation-threatened Fortuna. Dortmund also had low-lying opponents against them, and they were subject to a 0-2 upset at the hands of Mainz.

Player to Watch: Patrick Schick – Timo Werner is off to Chelsea, and has said that he won’t finish the rest of Leipzig’s Champions League campaign either. Up step Patrick Schick, the Czech forward who already has 12 goal-involvements in 14 starts and 7 substitute appearances. He will certainly be looking to add to that tally in such a crucial match for his side.

7th-placed Hoffenheim will play 12th-place Union, who will be buoyed by the fact that they have ensured survival in their first-ever Bundesliga campaign.

What This Could Mean: Hoffenheim can go up to 6th place with a win, giving their European hopes a major boost. The converse result, though, may even see them drop out of the Europa League spots, and send Union into the top-half of the table.

Last Results: Hoffenheim visited Augsburg on Wednesday, and ran away 1-3 winners. Union also enjoyed the sweet taste of victory, as they beat Paderborn 1-0.

Player to Watch: Moanes Dabour – The Israeli forward bagged a brace in midweek, and now has 3 goals in the Bundesliga after joining from Sevilla in the winter. He would surely love to add to that tally to take his side to Europe in the next season.

16th-placed Düsseldorf host 14th-placed Augsburg, who are yet to mathematically ensure their Bundesliga survival.

What This Could Mean: A win for Fortuna wouldn’t take them out of the play-off spot, but the opposite result may even see them drop down to 17th. As for Augsburg, they only need one point to secure survival.

Last Results: Fortuna kept their survival hopes alive with a late 2-2 draw against Leipzig Wednesday. At the same time, Augsburg lost 1-3 to Hoffenheim at the WWK Arena.

Player to Watch: Steven Skrzybski – The man on loan from Schalke opened the scoring for his side against Leipzig in the 87th minute with a nice finish, and he even looked good against Dortmund over the weekend, when he tested both the posts. He would love to add to his side’s tally to help them stay up.

11th-placed Hertha host 4th-placed Leverkusen, who will be looking for a win to keep their Champions League hopes alive.

What This Could Mean: Hertha can’t push for Europe now, and neither can they go down, so they have little to play for. However, they can go up to 10th with a win. Leverkusen can’t go further up, but three points would be crucial for their Champions League charge.

Player to Watch: Kai Havertz – He announced his return from injury in style with a goal, and will be looking to add to his tally of 12 goals and 6 assists against the Berliners.

15th-placed Mainz face off 17th-placed Bremen in the most crucial match of the entire season for both sides; one which could decide who stays up, and who goes down.

What This Could Mean: Mainz can secure their survival with a win, which may see them go as high up as 13th place. Bremen, on the other, can jump out of the immediate drop-zone and move to 16th position with three points. However, if things don’t go their way, they could even get relegated.

Last Results: Mainz secured a massive 0-2 victory against Dortmund in midweek, which may well see them stay up. However, Bremen were not so fortunate, as they lost 0-1 to Bayern.

Player to Watch: Jonathan Burkardt – The 19 year-old got his first Bundesliga goal at a crucial time, as he helped his side beat Dortmund – getting them within touching range of survival. If he can repeat his heroics one more time, he will be able to ensure Mainz’s Bundesliga status.

10th-placed Schalke will welcome 6th-placed Wolfsburg, with the visitors hoping to keep their European hopes alive.

What This Could Mean: Like Hertha, Schalke must resign to their mid-table fate. But, a win would see them go one spot up. Wolfsburg, on the other hand, have a Europa League spot on the line, which they will look to defend with a victory.

Last Results: The Royal Blues lost 2-1 to Frankfurt in midweek, which is what finished off their European dream. The Wolves, on the other hand, lost 3-0 to Gladbach away from home.

Player to Watch: Weston McKennie – The American midfielder got his third goal of the season in the match against Frankfurt, but even that couldn’t stop his side from continuing their 14 match-long winless run. One more valiant display might change that.

What This Could Mean: The Billy Goats are practically safe for the season, but they can make that a mathematical fact if they earn a point. Frankfurt can’t challenge the European places, and won’t even change their spot with any result.

Last Results: Köln lost 3-1 to Leverkusen on Wednesday. Earlier that day, Frankfurt beat Schalke with a scoreline of 2-1.

Player to Watch: André Silva – The man who is on loan from Milan has scored thrice and assisted once in the last 126 minutes he has spent on a Bundesliga pitch. He has another year with the Eagles, and would surely love to carry some goal-scoring momentum into it.

Bottom-club Paderborn, who are already relegated, will take on 5th-placed Gladbach, who desperately need points to have a chance of qualifying for next season’s Champions League.

What This Could Mean: Paderborn will end the season in last place no matter what happens, so there isn’t much that will change for them. The Foals, however, are only a point off Leverkusen, and some favourable results can see them go back up to 4th spot. However, if things don’t go their way, they may need to settle with a Europa League spot.

Last Results: Paderborn lost by a solitary goal to Union Berlin in midweek. The visitors, Gladbach, won their match against Wolfsburg 3-0 earlier that day.

Player to Watch: Jonas Hofmann – The German midfielder bagged a brace in the win over Wolfsburg. That took him up to 4 goals for the campaign. He will certainly want a couple more to spearhead his team’s Champions League push.

This is the second-last time you will catch Bundesliga clubs in action for this season, and for all you know, things might get resolved at both ends of the table by Saturday evening. Conversely, we may see things open up at both ends, setting up a grand finale of the Bundesliga. It’s football, and you simply never know.