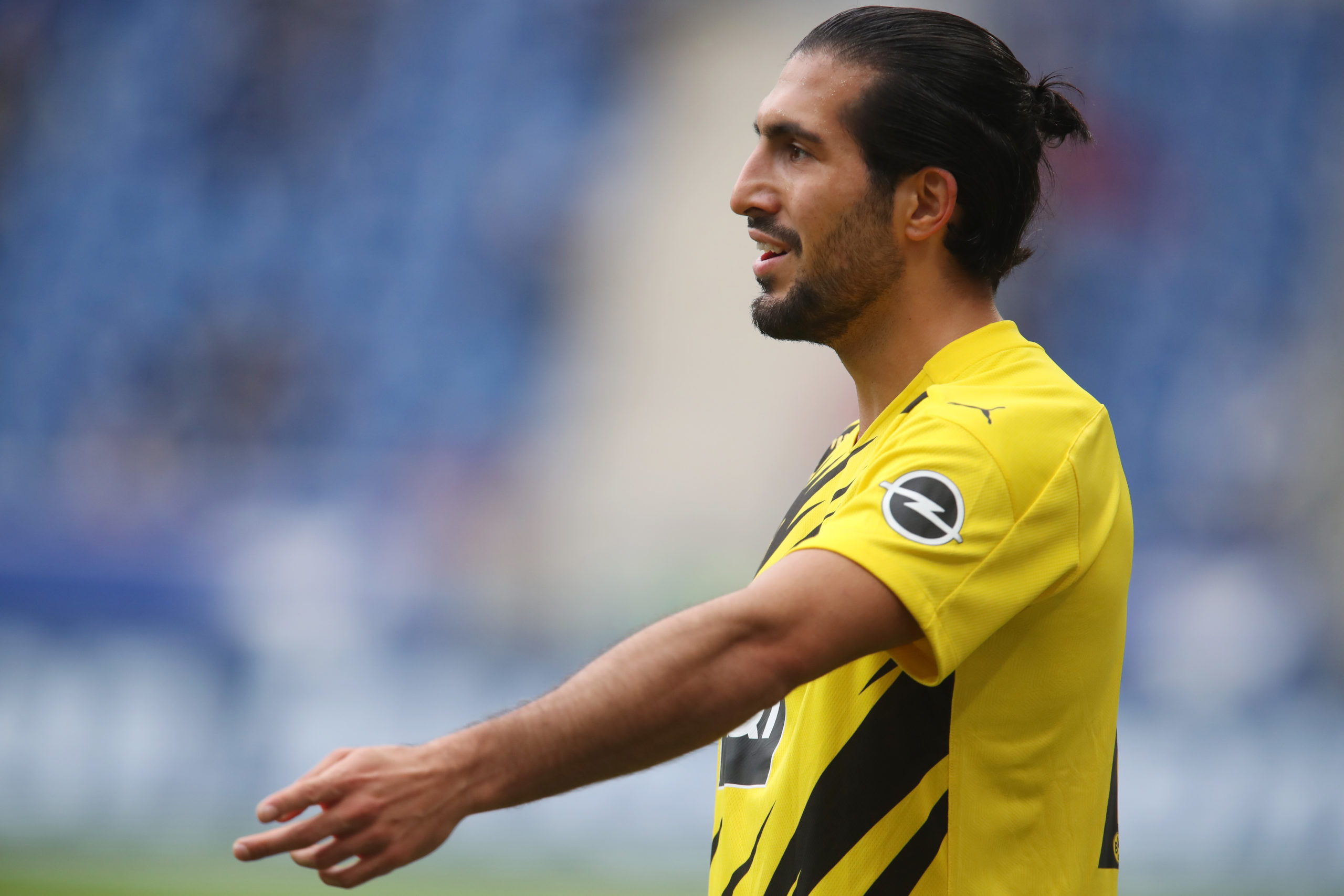 Borussia Dortmund have confirmed that Emre Can tested positive for COVID-19 on Friday afternoon, but that has not hampered their preparations for the weekend’s Revierderby.

Can has been an influential figure for Dortmund at the heart of the defence this term and he has started six games with his only absence being against Lazio in the Champion League, where he was serving a suspension.

The Bundesliga outfit have now revealed that Can tested positive for the coronavirus prior to Friday’s training session, but he is symptom free and under quarantine at his own residence.

They added that the rest of the players and backroom staff have tested negative for COVID-19 and Saturday’s derby against Schalke 04 will go ahead as planned despite the delayed training session.

Earlier this month, centre-back Manuel Akanji tested positive for COVID-19 on international duty with Switzerland and that contributed to his absence for Dortmund’s games against Hoffenheim and Lazio.

The 25-year-old has, however, returned to training earlier this week after his 14-day quarantine period where he was able to successfully recover from the coronavirus.

It will be interesting to see whether the Swiss will return to the lineup to partner Mats Hummels and Lukasz Piszczek in the back three. Otherwise, midfielder Thomas Delaney could act as the makeshift centre-back.

Meanwhile, Can is unlikely to return for the next 10 days as the league rules state that any player must isolate for that length of time, even if further results come negative.

Hence, Can will miss at least the next three matches against Schalke 04, Zenit Saint Petersburg and Arminia Bielefeld. Dortmund have picked up nine points from their opening four games of the season, just one less than leaders RB Leipzig.

They are scheduled to host Schalke 04 at Signal Iduna Park on Saturday afternoon. Their arch-rivals have struggled for form since the backend of the previous season and they are currently on a staggering 20-match winless streak in the league.

Hence, Dortmund will be overwhelming favourites to register a win, but Schalke could yet come up with a surprise result. The Revierderby has been fairly even in the past five meetings with two wins apiece.

Stats from Transfermarkt.com and worldfootball.net