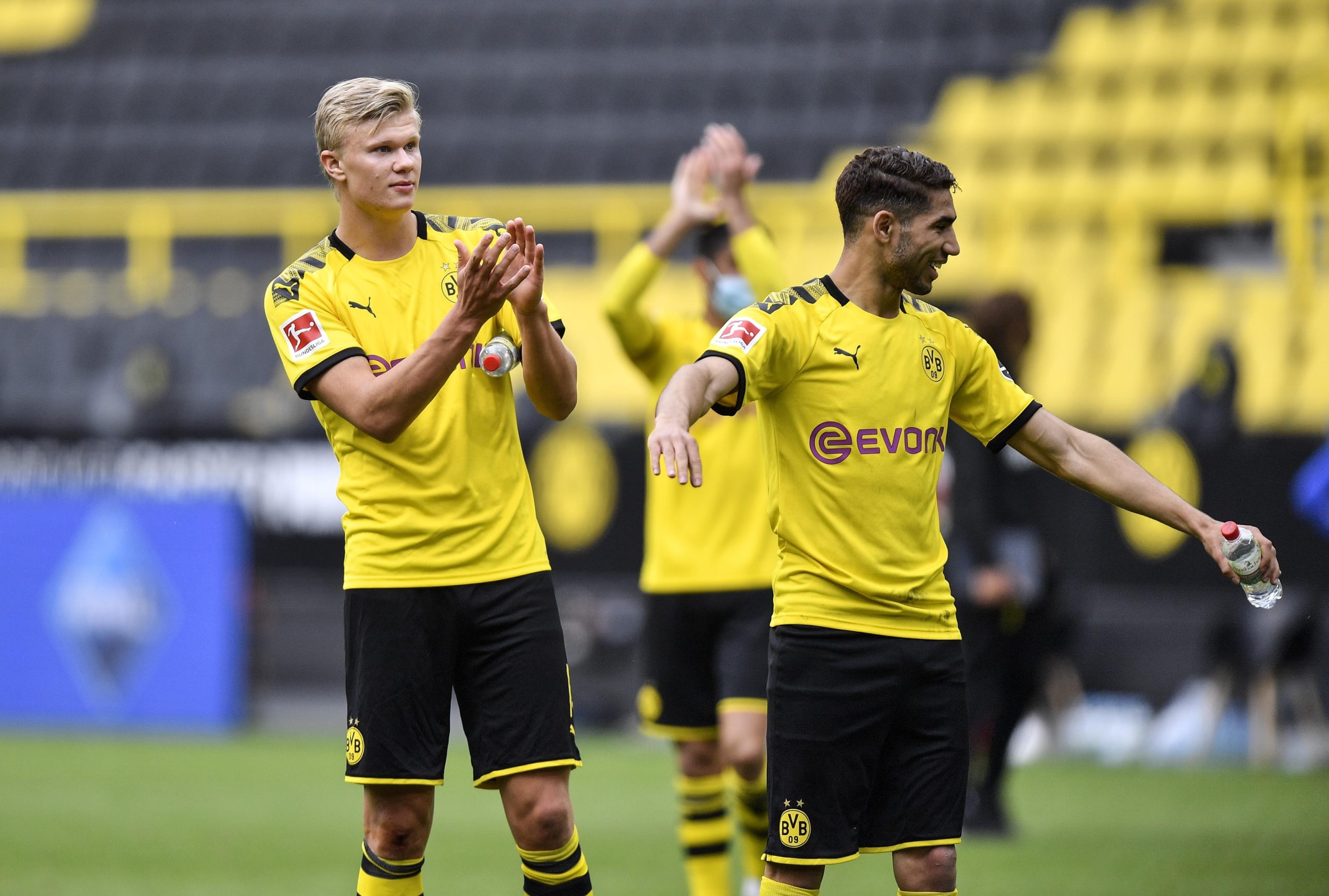 According to Spanish outlet AS, Borussia Dortmund have a verbal agreement to keep hold of Erling Braut Haaland until the end of the 2021/2022 season.

The Norway international joined the Bundesliga outfit from Red Bull Salzburg with a big reputation after netting 28 goals from 22 outings during the first half of the season.

He has since replicated the same level of performances at Dortmund with 13 goals from just 12 appearances, and looks set to play a key role in the club’s push for the Bundesliga title this term.

Of late, Real Madrid have been fancied to make a move for his services but AS insist that the teenager may not be available until the summer of 2022, given Dortmund have a verbal agreement in place with Haaland’s agent Mino Raiola.

However, it is added that the German outfit may reconsider their stance on the player’s future, suppose the Madrid giants are prepared to make a club-record bid of around £113m for the former Molde graduate.

Karim Benzema has been the go-to striker for the Spanish heavyweights but they have lacked the presence of a quality back-up option with Luka Jovic having failed to impress since his move from Eintracht Frankfurt last summer.

The Serbia international has netted only two goals from 24 appearances over the course of the season and he is currently on the sidelines with a broken foot suffered while training at home.

Meanwhile, Haaland has already shown that he is destined to reach the very top of world football and a move to the Bernabeu could enhance his prospects of winning regular trophies.

Dortmund can offer him a similar platform but the club’s tendency to sell their star players has meant that they have not been able to sustain their title challenge to Bayern Munich over the years.

The 19-year-old recently featured in Dortmund’s 4-0 win over Schalke 04 in the first Bundesliga game after the coronavirus shutdown. He netted the opening goal and assisted Raphael Guerreiro’s second-half strike.

Dortmund are presently four points behind league leaders Bayern. With another 12 games to play, they have a realistic chance of winning their maiden league title since 2012.