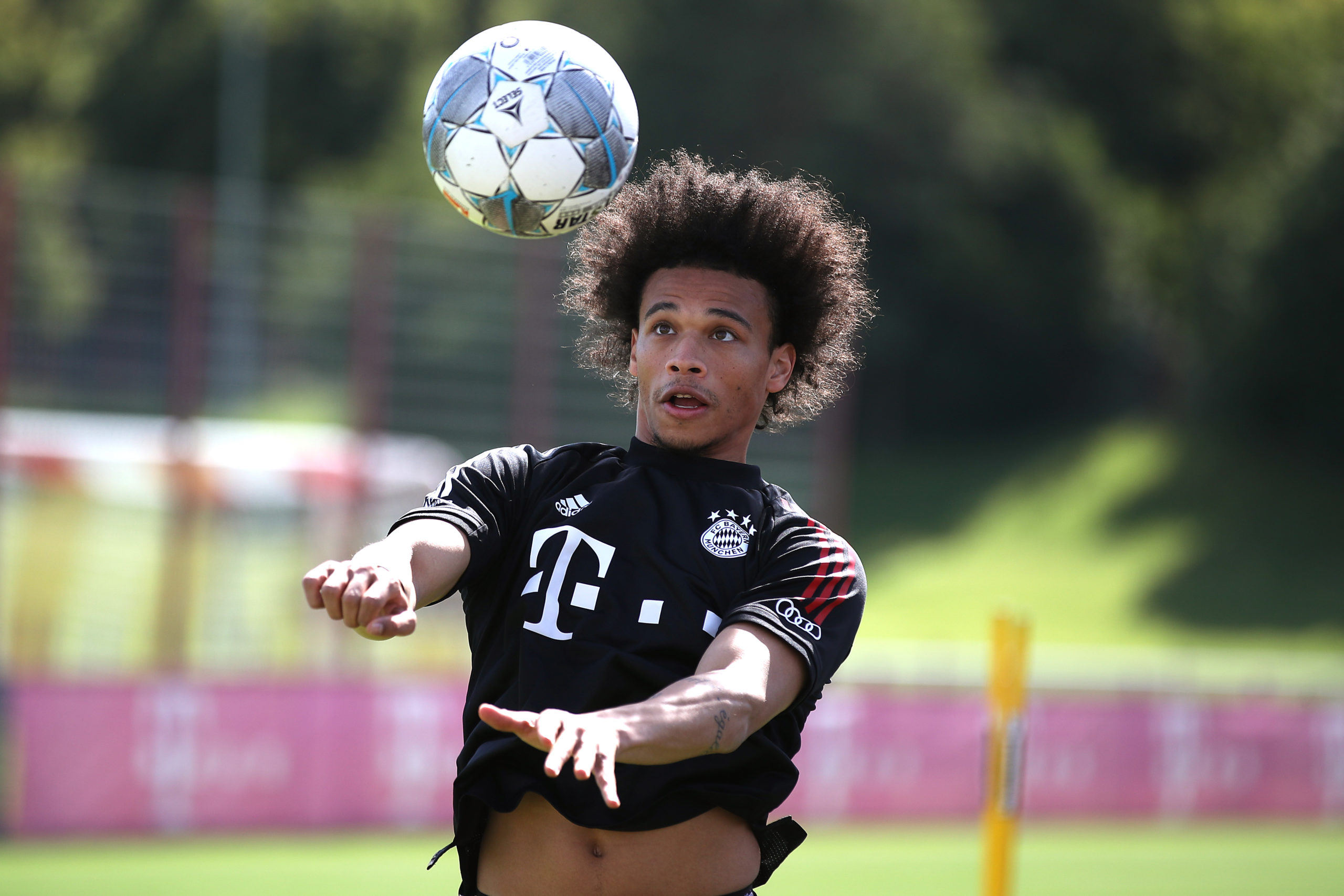 In an interview with BILD, Bayern Munich winger Leroy Sane has said that he is eager to play alongside David Alaba when he is eligible to represent the German champions next season.

The Germany international joined the Bavarian giants from Manchester City on a five-year contract earlier this month, but he can’t be registered for the remainder of their Champions League campaign in August.

Hence, he may have to wait until September at least to make his competitive debut for the Bundesliga holders and he is relishing the prospect of sharing the pitch alongside Alaba.

Alaba has been in fine form for Bayern over the course of the campaign and he has particularly excelled in the central defensive position, where he has formed an excellent partnership with Jerome Boateng since the season restart in May.

Despite this, his future with the club remains uncertain with his contract expiring in June next year. Bayern chief Karl-Heinz Rummenigge has made it quite clear that the club won’t lose anyone on a free transfer and Alaba could be sold this summer if he turns down a contract extension.

In a recent interview with BILD’s Christian Falk, Sane was asked about Alaba’s future, to which he said: “I really want to play with David Alaba. He’s a lovely guy, a great footballer, we get on well away from the game. David has shown that he’s not only one of the world’s best left-backs, but also exceptional in central defence.”

Meanwhile, Sane faces competition from the likes of Serge Gnabry and Kingsley Coman for a starting spot in the wide attacking positions. While the German admitted that he would like to play every game, he added that he is not against squad rotation every now and then.

He further told: “Of course I want to play, but I’m not demanding a starting place in every game. No player in the world can play every game and reach their highest level. I have my goals, but I’m not against squad rotation in the slightest. It helps the team to stay fresh, to bring new energy. Serge, King and myself – that sounds pretty good to me!”