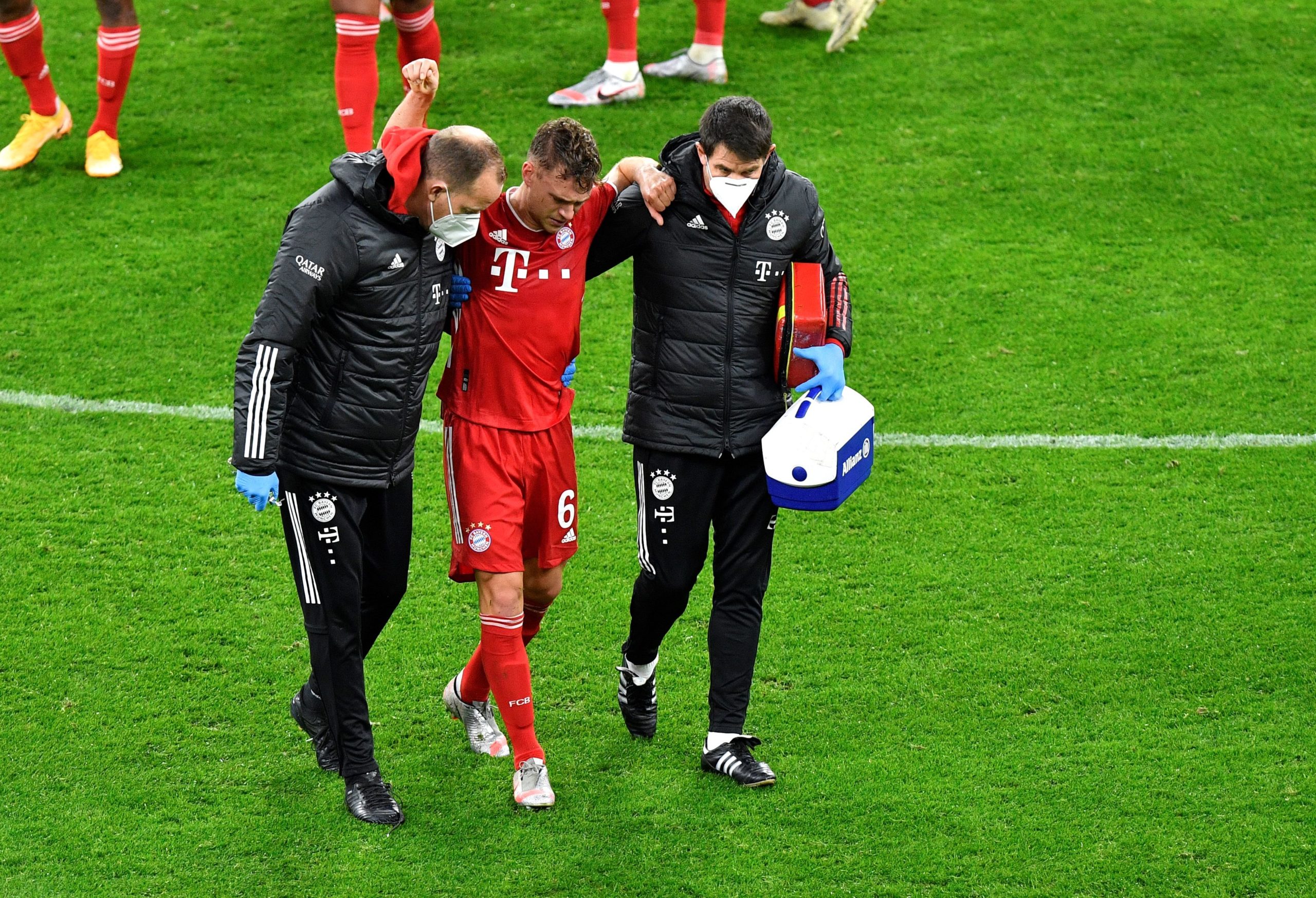 Bayern Munich have confirmed that Joshua Kimmich has undergone a surgery on the torn meniscus in his right knee and could be sidelined until the turn of the year.

The Germany international suffered the setback during the 3-2 Bundesliga win over Borussia Dortmund on Saturday, where he was substituted in the 36th minute after his collision with Erling Braut Haaland.

Hansi Flick initially refused to comment on the extent of the problem, but the reigning European champions have now confirmed that he could be out of action until January.

Kimmich has been in superb form for the Bavarian giants this term and he has been become the leader in the centre of the park after the summer exit of Thiago Alcantara.

The German had managed two tackles and one interception per game this term and his presence has been felt more on the creative side with two key passes on average.

In addition to his two goals, he has registered a further seven assists. No one in the Bayern team has managed more this term. Thomas Muller is the second best with six assists to date.

As a result, his absence will be felt at the heart of the midfield and it will be interesting to see which player Hansi Flick chooses to replace him with over the coming weeks.

Corentin Tolisso has obviously been the immediate back-up option with his box-to-box ability, but Flick could also go with Javi Martinez or Marc Roca, who are more defensive-minded.

Besides the trio, summer signing Tanguy Nianzou is an option. The 18-year-old may not be rushed to action, however, given he has just returned to full training after a two-month lay-off with a thigh injury.