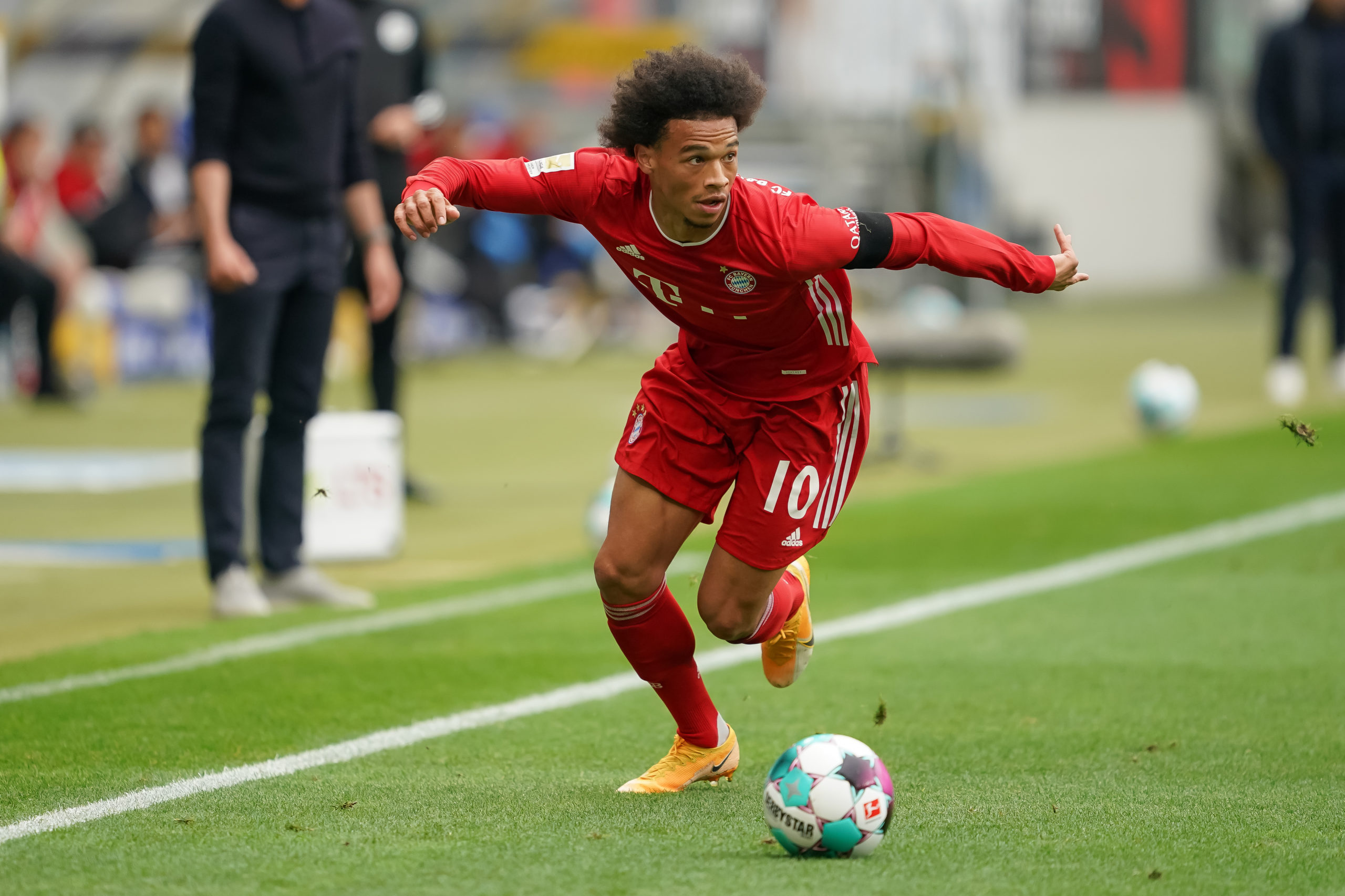 Bayern Munich have confirmed that Leroy Sane will be sidelined for at least two matches after sustaining a capsule injury in his right knee while playing against Hoffenheim last weekend.

The Germany international made a superb debut for Bayern earlier this month where he contributed one goal and two assists in the thumping 8-0 win over Schalke 04 in the league opener.

However, he was unable to make any goalscoring contribution in the next two games against Sevilla and Hoffenheim and the latter of those matches saw Bayern suffer their first defeat in 33 matches.

Sane picked up a knee injury during the disappointing 4-1 loss at Hoffenheim and Flick has now revealed that the German won’t be available for tonight’s DFL Supercup final against Borussia Dortmund or Sunday’s league visit of Hertha Berlin.

Flick is, however, hopeful that the former Manchester City star will be available for selection when Bayern return to action following the October international break.

Sane experienced a tough 2019/2020 season with the Cityzens where he was largely sidelined with a serious knee ligament injury and he has apparently suffered the fresh setback in the same right knee.

Bayern Munich’s faithful will be hoping that the 24-year-old winger has only suffered a minor problem and can return to action as predicted by head coach Flick.

The Bavarian giants have the opportunity to win their fifth trophy of 2020 when they host Dortmund in the DFL Supercup final at the Allianz Arena tonight.

Flick’s side have won every title up for grabs this term including the prestigious Champions League crown. They most recently beat Sevilla in the UEFA Super Cup in added extra-time.