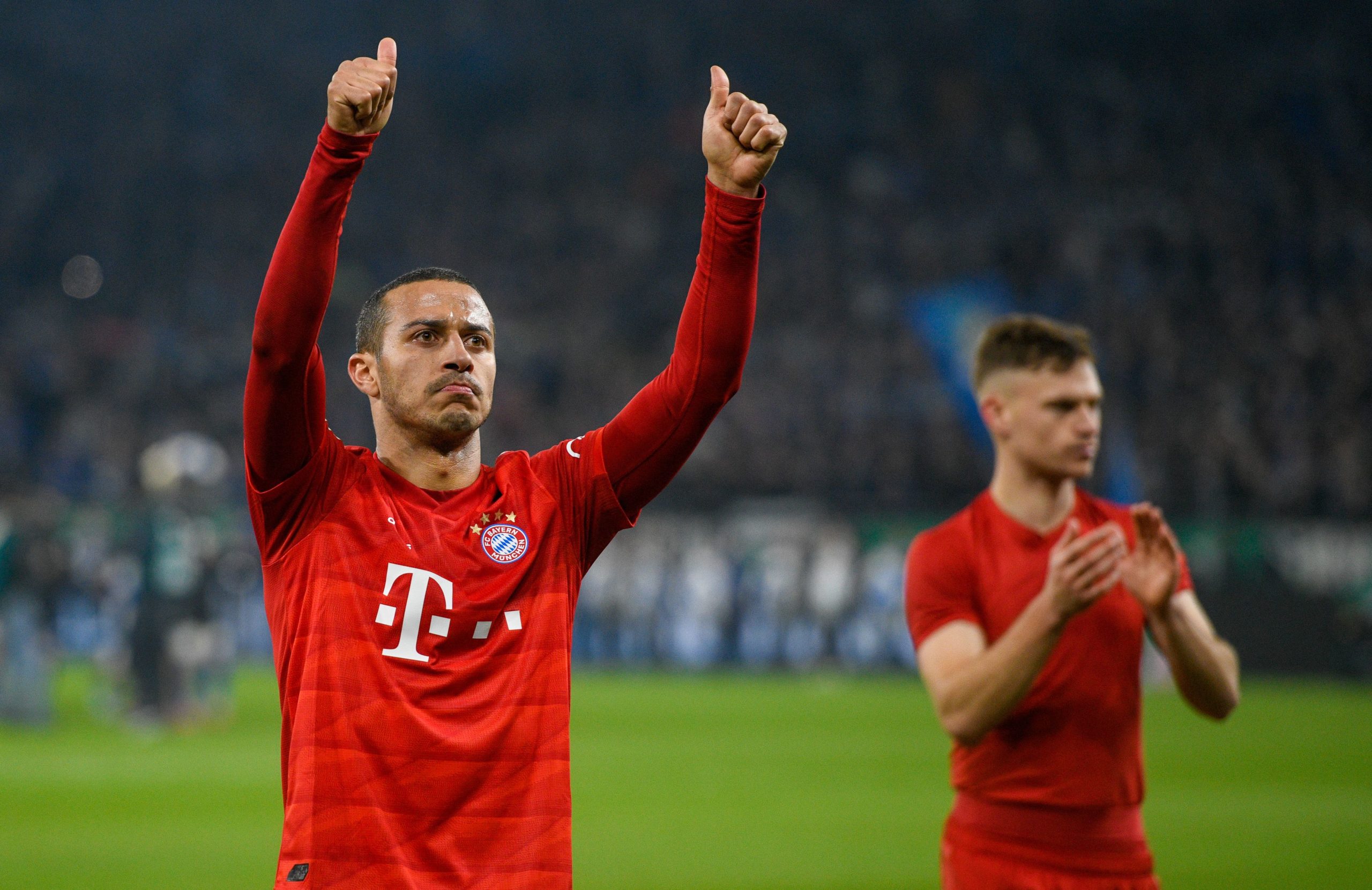 Bayern Munich CEO Karl-Heinz Rummenigge has acknowledged that Thiago Alcantara could be heading for the exit door, with the club having made no progress in renewing his contract.

The Spain international has spent the past seven seasons with the Bavarian giants and he recently starred for them in the 1-0 win over Paris Saint-Germain in the Champions League final.

Thiago currently has only 10 months remaining on his contract with the European champions and they have been unable to convince him to sign a fresh and improved deal.

Rummenigge has mentioned in the past that Bayern won’t entertain the prospect of losing any player on a free transfer and in a recent interview with SportBild, he admitted that the midfielder may have played his final game in the club’s colours.

Premier League holders Liverpool have been touted as the favourites to land the services of the 29-year-old, but when asked about the Reds’ interest, Rummenigge emphasised that the club have not made contact regarding a summer deal.

“We had an event with our employees at Allianz Arena, and Thiago’s whole family were there. They walked around in great nostalgia, I would almost say. It looked very much like he had decided to say goodbye. We have read a lot about Liverpool, but they haven’t contacted us yet,” He told.

Thiago is currently valued at around £27m by Bayern and Jurgen Klopp’s side are reluctant to meet the asking price, given they can land him on a pre-contract agreement in less than four months’ time.

No other club has been heavily linked with the former Barcelona graduate and the coming weeks should give a clear idea where the midfielder’s allegiance could lie next season.

Thiago has made 235 appearances for Bayern, contributing 31 goals and 37 assists. He suffered a couple of long-term injuries at the beginning of his career, but has still proved an influential figure at the heart of the club’s midfield.