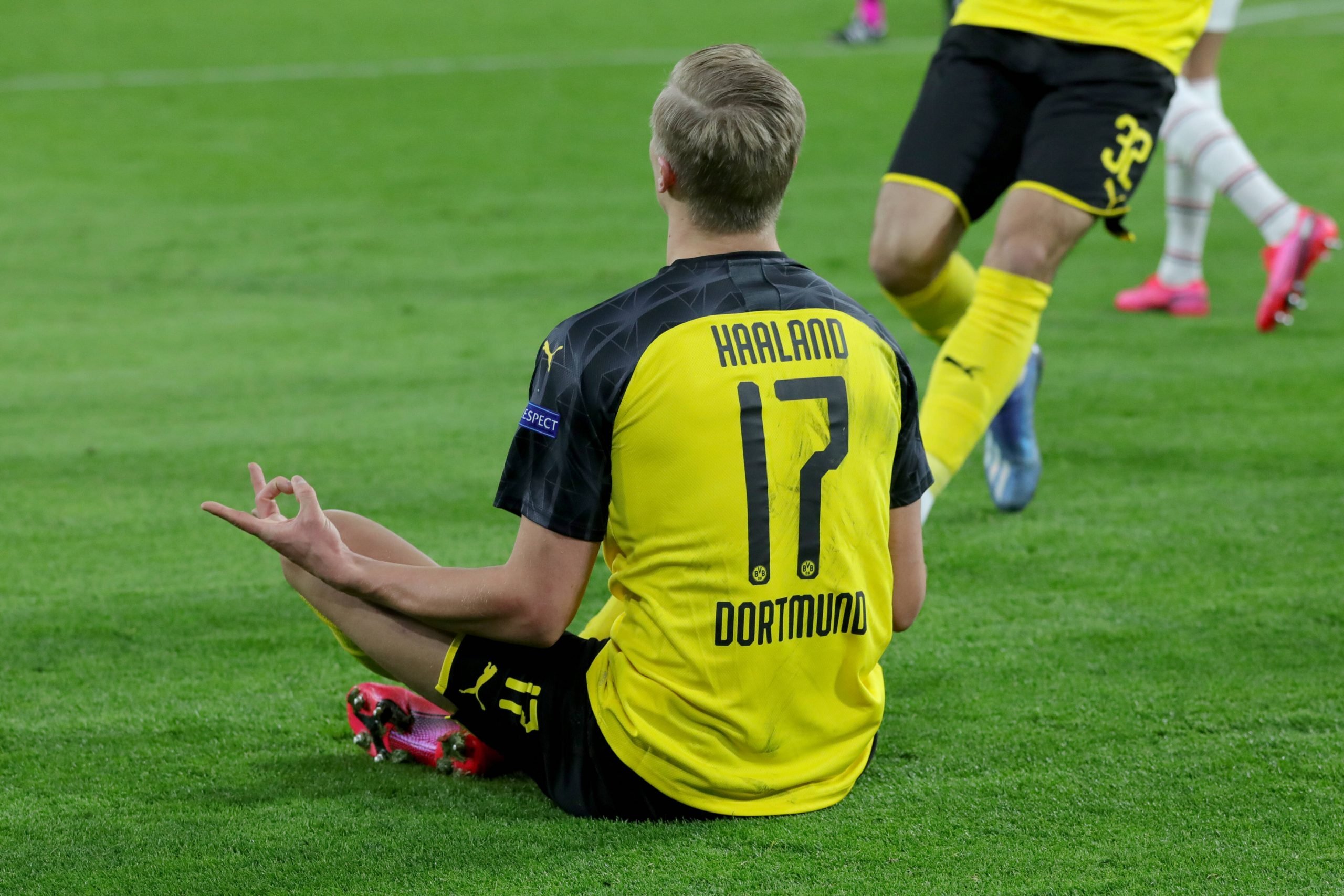 Manchester United legend-turned-pundit Gary Neville has heaped praise on Erling Braut Haaland after the teenager starred in Borussia Dortmund’s 4-0 rout of Schalke 04 in the Revierderby.

The Bundesliga restarted on Saturday after an absence of nine weeks because of the coronavirus pandemic and Dortmund began their title pursuit in style with a dominating display over their arch-rivals.

The derby has often been closely fought between the sides but there was a clear contrast in quality in the final third as a brace from Raphael Guerreiro and goals from Haaland and Thorgan Hazard sealed a comfortable 4-0 win for Dortmund at Signal Iduna Park.

Haaland started the scoring with a delightful one-touch goal after a superb cross from Achraf Hakimi from the right wing. That definitely impressed Neville, who was part of the commentary team for BT Sport.

“He’s still got it. The kid is an absolute goal-scoring machine. It is quite strange missing the fans,” he told (h/t Standard Sport).

“But a bit of quality from Dortmund – [Achraf Hakimi] is in a brilliant position, which allows [Julian] Brant to get into that space.

“That flick is a dream. A terrific ball and Haaland is just a machine. The run – everything about it is just perfect. And that finish is not easy; he makes it look so easy.

“He’s a brilliant goalscorer. That touch, that ball is perfect. And that finish is extraordinary.”

Haaland bagged 12 goals from 11 appearances for Dortmund before the season was halted by the coronavirus outbreak. On returning to the playing field after two months, he showed no sign of rustiness as he scored an impressive flick goal to hand Dortmund the lead in the 29th minute.

The Norway international did not manage another shot on target through the 90 minutes but he was able to grab the assist for Guerrero’s second goal on the day after the hour mark.

With the victory, Dortmund have closed the gap to league leaders Bayern Munich to just one point but the German champions have a game in hand against Union Berlin to be played on Sunday.