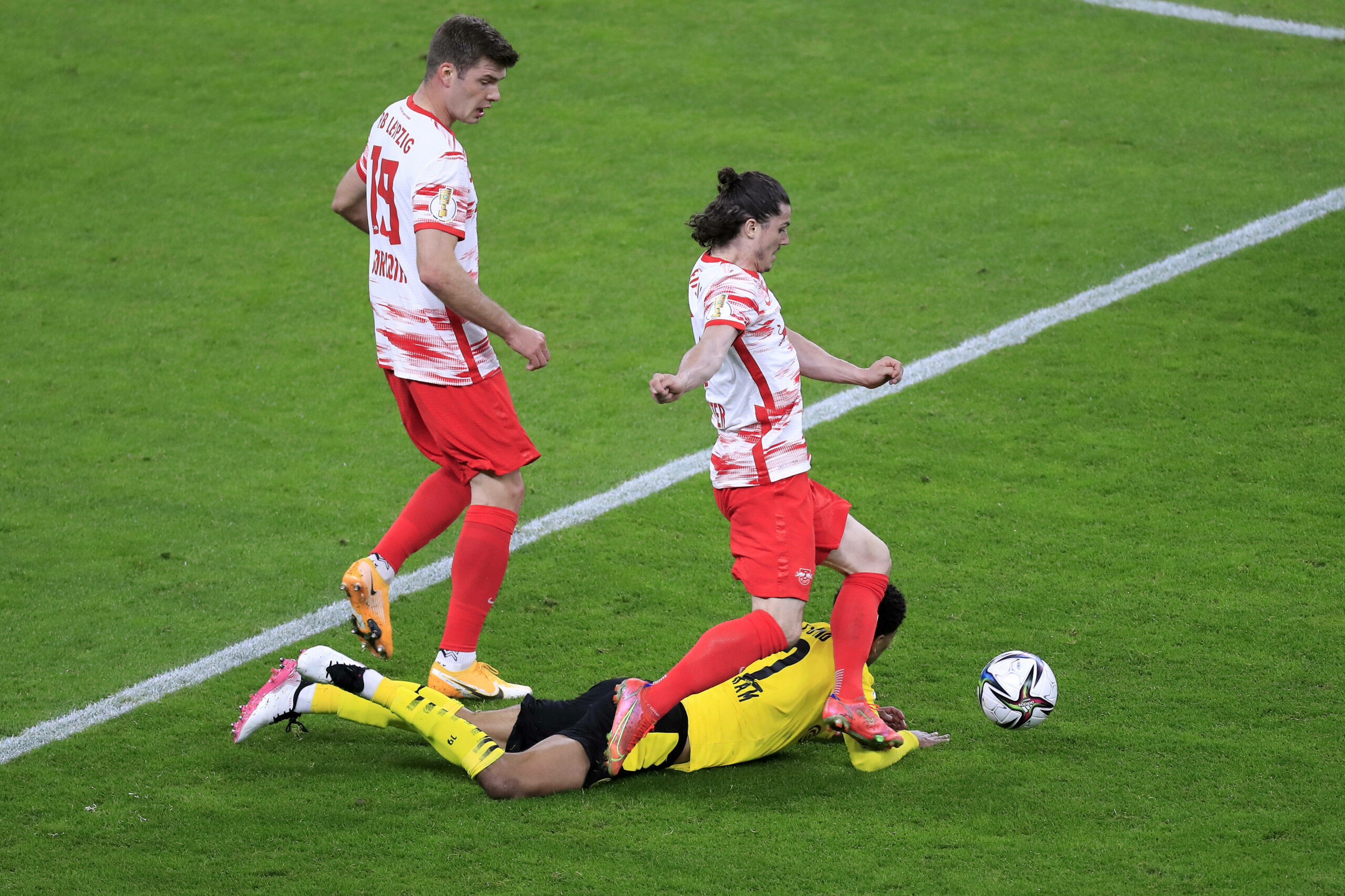 According to the latest news around soccer online, AC Milan are reportedly plotting a double raid on RB Leipzig in the coming weeks, with Alexander Sorloth and Marcel Sabitzer in the Italian’s cross-hairs.

According to Norwegian journalist Andreas Korssund, the Rossoneri want to land Sorloth on a season-long loan with an option to buy.

Despite signing Olivier Giroud from Chelsea earlier this month, the Serie A giants are eyeing further attacking reinforcement after returning to the Champions League.

Paolo Maldini has already missed out on Santos’ youngster Kaio Jorge, who is on the verge of committing his future to Milan’s arch-rivals Juventus.

The Italians need a younger option to deputise for Zlatan Ibrahimovic and Giroud, and Sorloth could be their man.

The 25-year-old’s first season at Leipzig has not been straightforward, with the striker netting just five goals in 29 Bundesliga appearances, most of which came from the substitutes bench.

After capturing the services of Andre Silva from Eintracht Frankfurt and Brian Brobbey from Ajax, the Red Bull outfit could be open to selling their flop.

However, considering they paid Crystal Palace €20million to bring in Sorloth last September, Leipzig are likely to ask for a similar figure to give the go-ahead.

Milan’s financial situation is not the best, which is likely to deter them from trying to sign the Norwegian forward permanently this summer.

Although it may sound strange, the Italians have a better chance of luring Sabitzer to the San Siro.

As reported by MilanNews, the ex-Rapid Wien attacking midfielder is a genuine target for the Rossoneri.

Having entered the final 12 months of his contract at the Red Bull Arena, the highly-rated playmaker could be available on a cut-price deal.

Leipzig have failed to convince their 27-year-old star to pledge his future to the club and are ready to sanction the Austrian’s departure for approximately €20m.

Given Sabitzer’s quality and experience, that is a reasonable price, and more importantly, Milan will be able to afford it.

The 54-cap Austria international would be a massive coup for the 2020/21 Serie A runners-up, especially following Hakan Calhanoglu’s move to Inter Milan.

Brahim Diaz’s return has been deemed insufficient by the club as Stefano Pioli’s men are set to compete on multiple fronts next season.

But Milan will have to overcome stiff competition from Tottenham Hotspur to get to Sabitzer.

Spurs are also keen on adding a new creative midfielder to the fold, and they are said to be keeping the Leipzig stalwart in high esteem.