3 Things We Learned From Bayern’s Win Over Marseille

Bayern Munich faced Marseille in a friendly before the Champions League resumes. Here’s what we noted in the match: 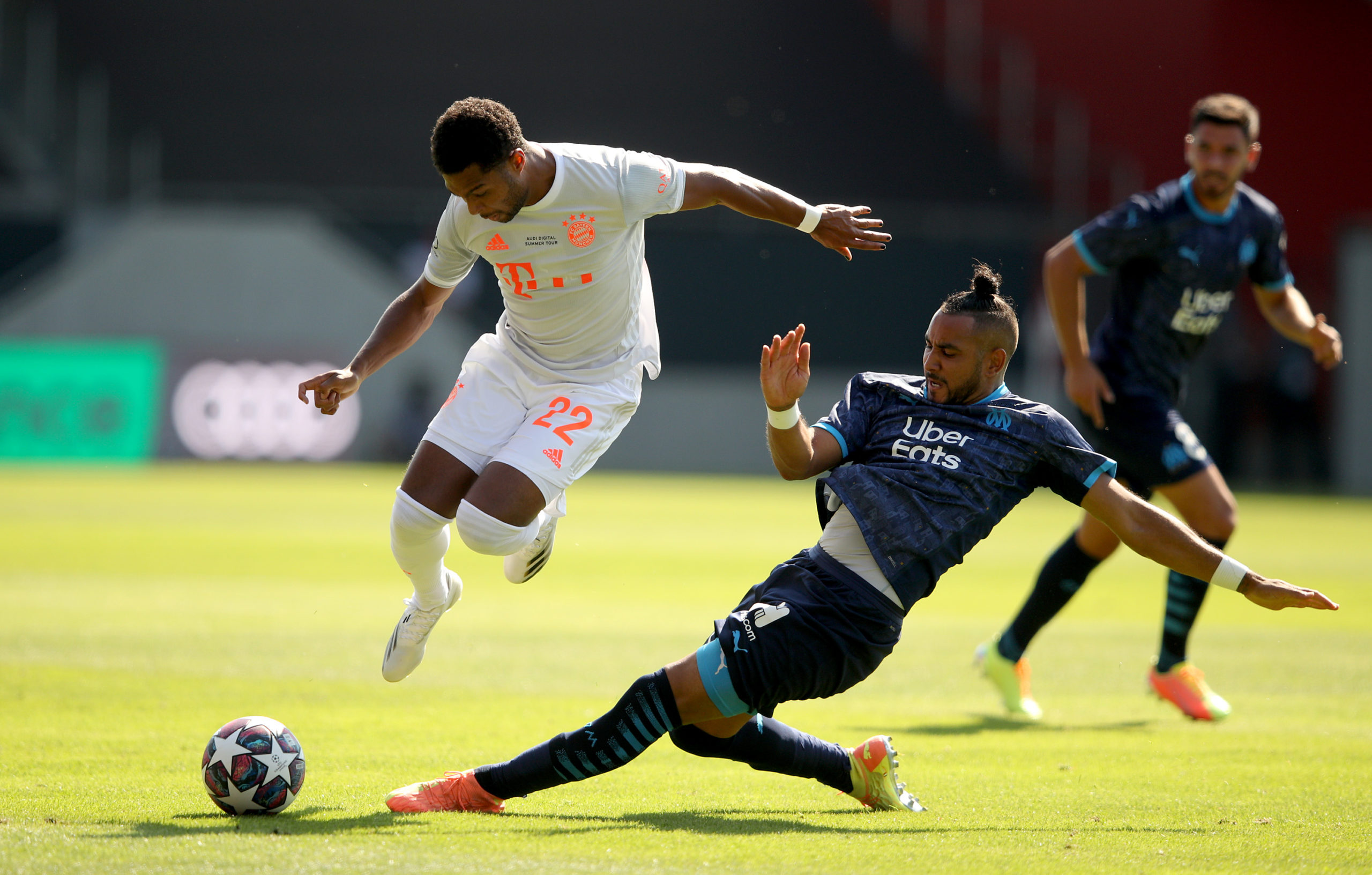 FC Bayern München hosted Olympique de Marseille at their training ground for the Audi Digital Summer Tour. The match was more of a warm-up before their Champions League campaign resumed, so here’s what we observed:

Something is Stirring in the Pot

Serge Gnabry looked very good in this match. After facing stout resistance from the French side for the first 20 minutes, Gnabry received the ball from Alaba, then waltzed past a couple of defenders, sat one down with a fake shot and finally fired past the keeper to put the Bavarians in front.

The ex-Arsenal man will obviously be eager to continue his scoring form in August. His brace against Chelsea in the Round of 16 first leg saw his Champions League tally go up to 6, and he wouldn’t mind a few more in the latter stages.

Benjamin Pavard’s ankle injury meant that Bayern had a bit of a problem to sort out at right-back. Joshua Kimmich hasn’t operated on the right since the restart, so he had competition from Álvaro Odriozola, but the German was preferred.

He delivered, as he kept things clean defensively and managed to get forward quite often. After an hour of patrolling the right flank, Odriozola came in and relieved him of his duties.

The Spaniard was not half-bad himself, but will probably have to watch from the sidelines unless (another) injury strikes.

Although the match was officially a friendly, Bayern were in no mood to show any kindness. They took a while to get going, but once they did, they looked very good.

After Gnabry opened the scoring, the German champions created quite a few good chances, and should have had at least two or three more goals. Their finishing left a bit to be desired, as only 5 of their 14 shots were on target.

Overall though, they looked quite good, as they kept 68% of the ball, and allowed Marseille only 1 shot on target (which was from the halfway line, no less). Die Rotten finished with 11 different players from the ones that they had started with, and the squad looked very strong at all times.

Either way, Chelsea should be a bit scared after that, because it looks highly unlikely that they will manage to overturn a three-goal deficit. The return of Niklas Süle won’t help the Londoners either, but it sure is a welcome sight for those in red.

The treble is certainly on for Bayern.